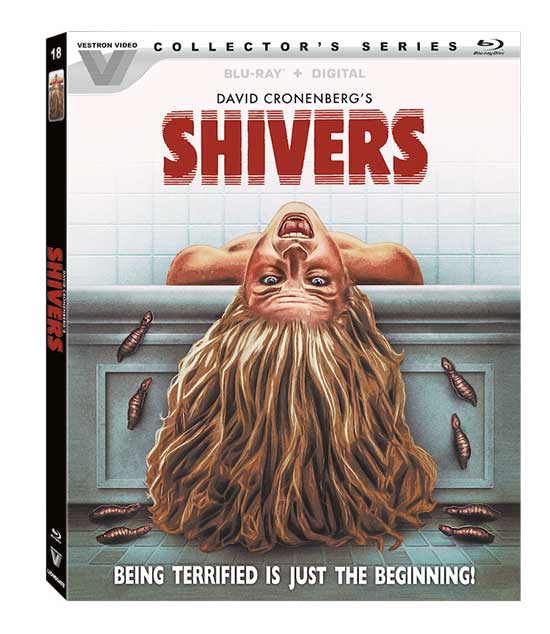 The Vestron Video Collector’s Series returns when legendary director David Cronenberg’s (The Fly, Scanners) horror classic Shivers arrives on Blu-ray™ and Digital September 15 from Lionsgate. Vestron Video has been a leader in remastering the most unique and wide-ranging selection of classic films. A timeless take on sexual horror produced by Ivan Reitman (Ghostbusters), the film stars Paul Hampton, Joe Silver, and Lynn Lowry. With five new special features including an all-new audio commentary with David Cronenberg, Shivers will be available on Blu-ray for the suggested retail price of $17.99.

OFFICIAL SYNOPSIS
A cult favorite, Shivers is acclaimed filmmaker David Cronenberg’s feature-length debut and new to the Vestron Collector’s Series. When the residents of a luxury apartment complex outside Montreal are infiltrated by parasites and transformed into violent, sex-crazed maniacs, it’s up to  Dr. Roger St. Luc to contain the outbreak from spreading to the city at large in a film that “scares and shocks us because it’s so cleverly made” (Roger Ebert).