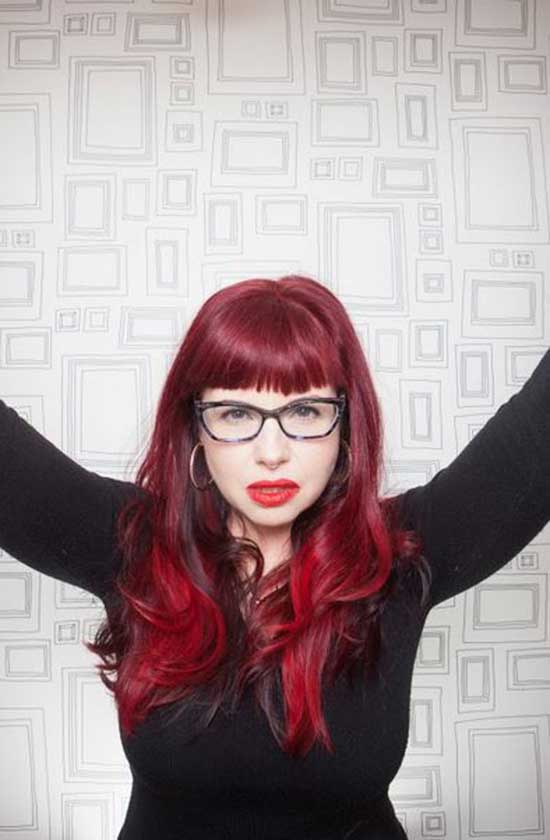 It’s Coming from Inside the House! is MoPOP’s horror film watchalong series, a highlight of MoPOP’s virtual programming these past several months. Next Friday, July 17, MoPOP will host a screening of TREMORS, the 1990 American horror comedy film, with live commentary featuring the one and only Kelly Sue DeConnick. Advanced registration is required, though admission is free. Learn more at MoPOP.org/movies.

Kelly Sue DeConnick is best known for surprise hits like Carol Danvers’ rebranding of “Captain Marvel” (the book that influenced the 2019 film, for which she worked as a consultant) and the Eisner-nominated mythological western, PRETTY DEADLY; the latter was co-created with artist Emma Ríos. DeConnick also writes the Eisner-nominated sci-fi kidney-punch called BITCH PLANET, co-created with Valentine De Landro, which launched to rave reviews in December 2014 and has received multiple awards. She currently writes AQUAMAN for DC as well as develops television for Legendary TV with her husband and partner, Matt Fraction, as Milkfed Criminal Masterminds.
MoPOP will use the webinar function of the Zoom application to host this screening experience. Two hours prior to the screening start-time, MoPOP will provide all those who’ve registered with a link to gain access. The experience includes an introduction with DeConnick, a link to screen the film from their own device, ability to Q&A throughout, and after the film ends, DeConnick will answer some audience questions.
WHEN:
July 17 – 7pm PDT
Advance registration required >>
SOCIAL MEDIA:
MoPOP.org
Facebook – /MoPOPSeattle
Twitter – @MoPOPSeattle
YouTube – /MoPOPSeattle
Flickr – /photos/MoPOPSeattle
#MoPOPdontstop
Share