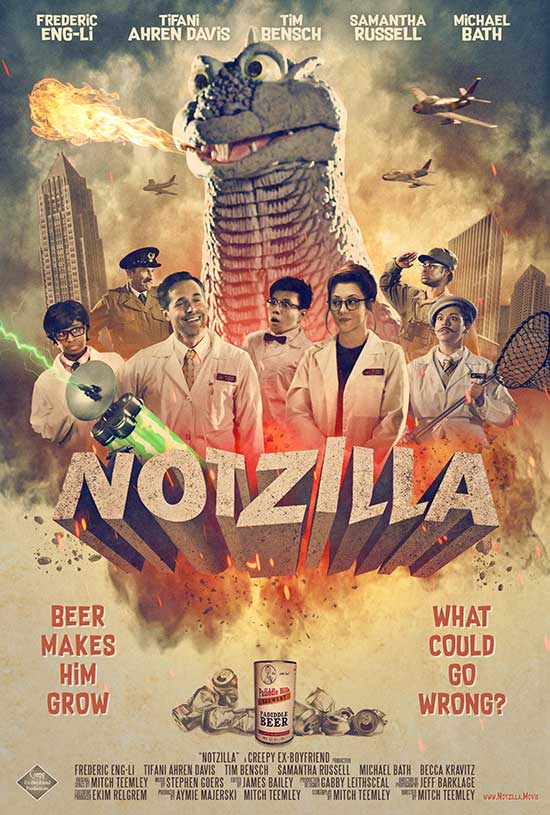 Creepy Ex-Boyfriend Productions has joined forces with distributors Indie Rights for digital and Allied Vaughn for the physical media releases of the hilarious award-winning kaiju comedy spoof NOTZILLA for an August 18th. (8-18-20) day and date release!

SYNOPSIS:
When a scientist from Japan smuggles a monster’s egg into the United States, what could possibly go wrong when it actually hatches—and alcohol makes it grow taller than a skyscraper?

The race is on as the monster drinks beer and wreaks havoc, the Japanese scientist tries to shrink it, and a crazed weapons physicist tries to nuke the monster—and possibly take the entire city of Cincinnati with it!