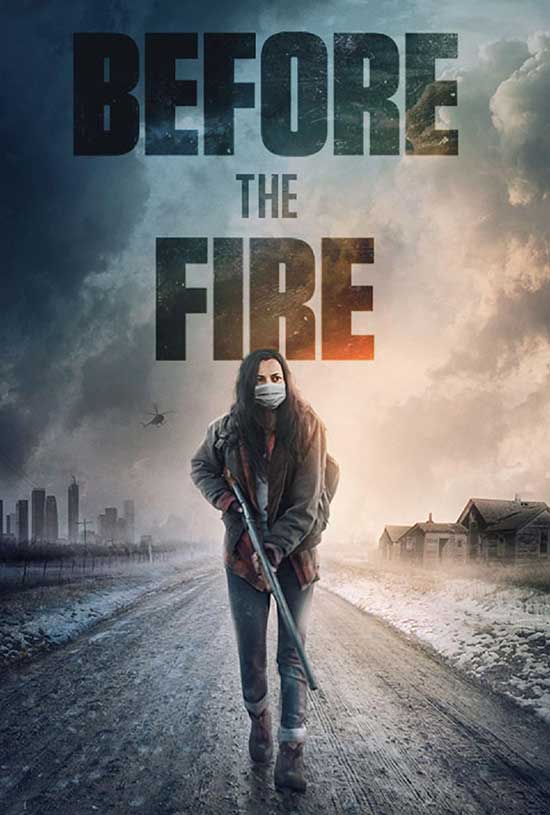 Dark Sky Films is proud to announce that the pandemic thriller BEFORE THE FIRE will be available in virtual cinemas and on digital platforms/VOD on August 14th. We’re pleased to debut the poster below. To request a screening link for review consideration, kindly reply to this email.

Film Synopsis: As a global pandemic engulfs Los Angeles, rising TV star Ava Boone (SAG Award nominee Jenna Lyng Adams) is forced to flee the mounting chaos and return to her rural hometown. As she struggles to acclimate to a way of life she left behind long ago, her homecoming attracts a dangerous figure from her past – threatening both her and the family that serves as her only sanctuary.

Brimming with tension and paranoia, and featuring a tough-as-nails performance from its lead actress, the pre-apocalyptic road movie BEFORE THE FIRE is a shockingly timely tale of the strength of the human spirit against seemingly insurmountable odds.