WaterTower Music is excited to announce the digital release of the robust, 30-track soundtrack album to the FOX drama Prodigal Son from Warner Bros. Television, which features score by composer Nathaniel Blume, considered a remarkable musical voice amongst a new generation of film and TV composers. Prodigal Son, which has been picked up for a second season, follows Malcom Bright (Tom Payne), a criminal psychologist who helps the NYPD in solving crimes. 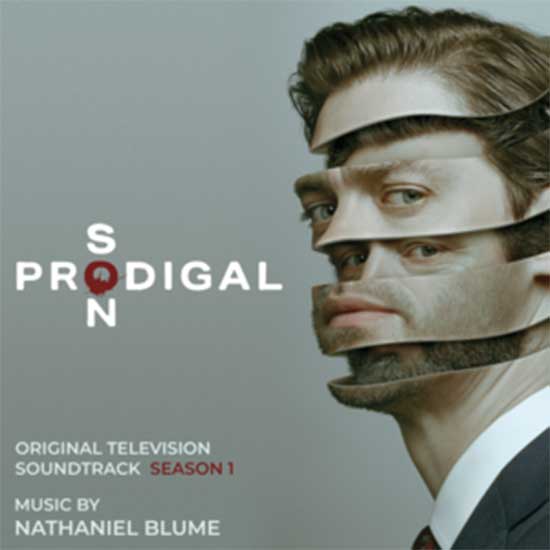 Composer Nathaniel Blume, who was recently featured in Variety‘s “Music for Screens: 10 Composers to Watch” article as a standout composer, chose a unique approach to the scoring process, weaving sounds of surgical tools with traditional instruments.  “We ran the gamut of instrumentation, utilizing everything from strings to surgical tools like bone cutters as percussion,” Blume explained.  “The score for Prodigal Son was an absolute thrill to create, and a really healthy collaboration with the producers truly brought the drama to life.”

Prodigal Son follows Malcom Bright (Tom Payne), a psychologist who has a gift for understanding how serial killers think, because his father, Dr. Martin Whitly (Michael Sheen) was one of the worst, a notorious serial killer called “The Surgeon.” Bright is the best criminal psychologist around and murder is the family business. He uses his twisted genius to help the NYPD solve crimes for his longtime mentor, NYPD Detective Gil Arroyo (Lou Diamond Phillips), all while dealing with his manipulative mother, Jessica Whitly (Bellamy Young), his seemingly normal sister, Ainsley Whitly (Halston Sage) and a homicidal father still looking to bond with his prodigal son. The series also stars Aurora Perrineau, Frank Harts and Keiko Agena.

With perception and drive to create the best that film composition has to offer, Nathaniel Blume is one of the most dynamic composers working on screen today.

Blume is rapidly becoming a standout voice amongst a new generation of television and film composers. Recently featured in Variety’s “Music for Screens: 10 Composers to Watch” article by Jon Burlingame, Blume’s talent for crafting memorable musical interplays can be heard on Fox’s crime series Prodigal Son, by executive producer Greg Berlanti, starring Tom Payne, Michael Sheen and Bellamy Young. He also composed the music for CNN’s 1968: The Year That Changed America, a four-part documentary series; and the decades series – The Eighties, The Nineties, and The 2000s, all from executive producers Tom Hanks and Gary Goetzman.

A native of Fort Wayne, Indiana, with degrees in music composition from both Butler University (Indianapolis) and Carnegie Mellon University (Pittsburgh), Blume completed his film scoring studies at the University of Southern California’s prestigious Scoring for Motion Pictures and Television program.

Blume resides in Los Angeles with his wife and children.