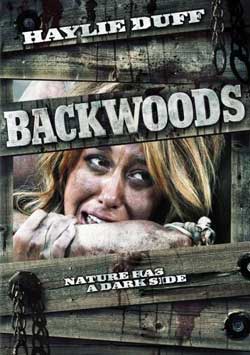 A group of programmers is heading to an executive retreat in the wilderness of Northern California’s Jasper Park — where, two months earlier, a couple disappeared while camping. Will the computer geeks’ training prepare them for what ensues? When a friendly paintball game turns into a fight for survival against a band of lunatic locals, the nerds must show what they’re made of in this thriller starring Ryan Merriman and Haylie Duff.

When I sat down to watch “Backwoods”, I really wasn’t expecting much of anything. Even though the film offered up nothing original, I could have done worse. If I did my research correctly, this film aired on Spike TV sometime last year. It was relatively bloodless and there were no bouncy young breasts, but after a slow start I found myself starting to enjoy it. It’s part “The Hills Have Eyes”, part “Wrong Turn”, throw in a religious cult and you have “Backwoods”. We have seen it million times, we have seen it done WAY better, but I have to say it was a decent way to pass the time before I went to bed on a Sunday night.

The story follows a group of computer programmers on a paintball retreat called “Executive Tactics” where they are supposed to learn teamwork, show leadership, and sharpen their problem solving skills. They head out to the works and take the advice of one strange fellow at a gas station. Once at their destination they swim, drink, etc. then find themselves as the targets of a crazy “Backwoods” cult out to impregnate their women. This is the basic plot of the story and it really doesn’t get much more in depth than that.

The characters we are introduced to are completely one-dimensional. There is no substance to who they are. We know they program video games, their boss Dash (Craig Zimmerman) is recently divorced and going after the young executive female who doesn’t want to sleep her way to the top Lee (Haylie Duff). Adam (Ryan Merriman) the nice guy hero has a crush on her while the bully Perry (Danny Nucci) constantly gives him a hard time. They have to band together in order to fend off the crazies. Really, this story has nothing new to offer us but I was a bit surprised to see that the film was pretty well acted.

Even though there is almost no real character development in the story, the actors did a nice job making them a bit more interesting than they should be. And yes, say what you will, but Haylie Duff wasn’t half bad and I wouldn’t mind seeing more of her in the future. The two most fun to watch on screen were veteran character actors Deborah Van Valkenbugh (Streets of Fire, The Warriors, The Devil’s Rejects) as Ruth, the mother of the cult who leads her children and Mark Rolston (TV’s Supernatural, Saw V, Aliens) as Ricks, the devoted follower and the main muscle that helps lure the victims to the family. It was obvious they were having fun being the villains and they did very well.

I just wish they would have had a bit more screen time. Director Marty Weiss did a good job with what he was given to work with but ultimately all we were given was a TV movie disguised as torture p*rn. The draw to these types of films are the grisly deaths and we were given none. That’s where this film fails and where it could have been a much better viewing experience. But it felt like it was aimed at a much younger audience and I assume that’s why this premiered on television. All these negative comments aside, I was still a bit entertained and I’m not sure why. The opening title sequence was pretty slick and I was digging the song they used.

“Backwoods” most definitely does not open any new doors in the torture p*rn genre except that it is possible to do it aimed at fifteen year olds, you know, when it is still a thrill to see girls in bikinis and that was good enough. The film lacks originality and the lack of on-screen murders hurts the overall product. The acting was strong enough from the majority of the cast that I couldn’t help but enjoy the movie, if only a little bit. Weiss put together a mildly fun movie, decaffeinated torture p*rn, for those who can’t handle the excess blood and guts might find this more to their speed. I prefer the excess so I will move on but not bad. 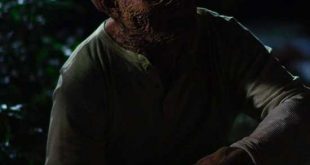 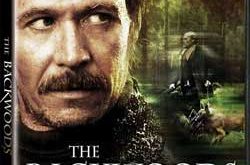 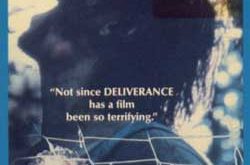