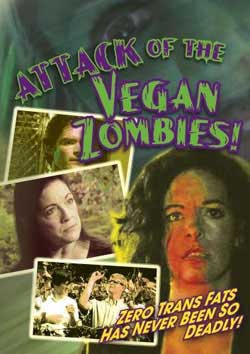 Joe and his wife Dionne have had yet another bad crop for their winery. Faced with the prospect of losing the family farm, Dionne convinces her mother (a witch) to cast a spell upon next year’s crop. The crop is such a success that Joe hires some college students to help them harvest. However, when a nosy neighbor begins poking around in the fields, he finds out more than he bargained for. Now the question isn’t how to best harvest the crop, it’s how to keep from being harvested!

A married couple with a dream, finds themselves under the gun when their Winery fails to produce crops one season. Contemplating selling the place and relocating is not their first option but if they cant get the crops to grow they’ll be forced to. Even after numerous tests, soil engineering and expert opinions it still has failed to produce and without particular reasons. Joe (Jim Townsend) and his wife Dionne (Christine Egan) have a small wine business that produces exceptional products. The problem seems to be quantity but not quality.

Dionne consults her mother who we find out is a long time powerful witch who has led a pretty secret life to avoid outside controversy. Though Dionne herself at an early age had also been coined a prodigy in witchcraft but decided the life and burden wasn’t for her. Her mother who paints the typical image of a troublesome mother-in-law towards the 2 suggest to her daughter that a powerful spell is just what the vineyards needs. Reluctant Dionne agrees and a year later they are prospering with a miraculous turnaround.

To add to the situationm, a couple of science nerds and their teacher arrive on a school outing project to test the fields and report their findings. Shortly after, 2 cheerleaders show up who are also volunteering for their school work program. Professor Frank leads the 4 as Paul and Dionne provide accommodations while they do field work. Fred and Louis provide a character driven comic relief by taking on the role with as much nerdiness as they can drum up. Complete with arguments over Klingon women and other outer space vixens highlight the roles. They also further drum in the idea that Trekians are all virgin intellects that need to experience life a bit more….funy stuff.

Though with prosperity there always seems to be a catch. When folks start disappearing in the fields, mother reveals to Joe the reason for the sudden success. She also mentions that since the blood used in the potion may have contained alcohol that the plants may become aggressive. Aggressive plants you say? yep, more like voodoo driven angry grape vines.

Jim Townsend is the savant on board who writes, directs and stars in this little micro budget fun fearfest. I mean let’s not beat around the bush…any film with the title “Attack of the Vegan Zombies!” is mostly likely got a low budget stamp on it. But the question is does it entertain and offer something new? Yes, I’m voting for a positive on that scale. We are beat to death with zombies in film today, but vegan zombies turns that notion just off kilter enough to present it in a new way. Like the film “The Happening”, the plants get a bit pissed and want there fixin. That fixin seems to be wine or the blood of anyone who drinks wine. Here lies the problem, all the attendees have had plenty of wine. So the conflict of plants shooting out, possessing folks and turning some green is on the main menu course. 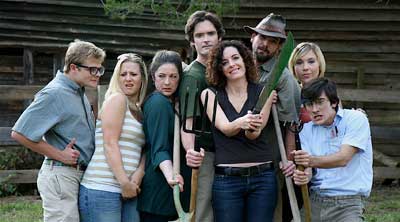 Its all done in a somewhat humorous way that uses low funded ideas to make the effects really work with what they have on hand. For those reasons, Attack of the Vegan Zombies! is a keeper and a fun thrill ride of loony plant mayhem. The location is used rather well and used to its fullest. The film runs 77 minutes which makes it closer to a feature than anything else. I love when the little guys put there talents to use to produce entertaining products. Attack of the Vegan Zombies! is one such product that is worth a visit. 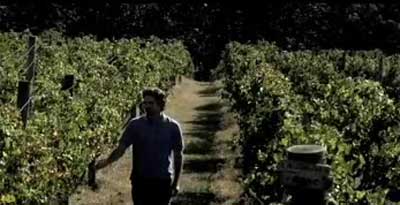 Don’t expect Savini style heavy effects work, but rather a clever use of camera, edits and makeup available. Special mention to Christine Egan who plays Dionne who I thought may have been a veteran but actually makes a debut role with this one. I hope she sticks with it, cause the lady’s got talent.

Tags Attack of the Vegan Zombies