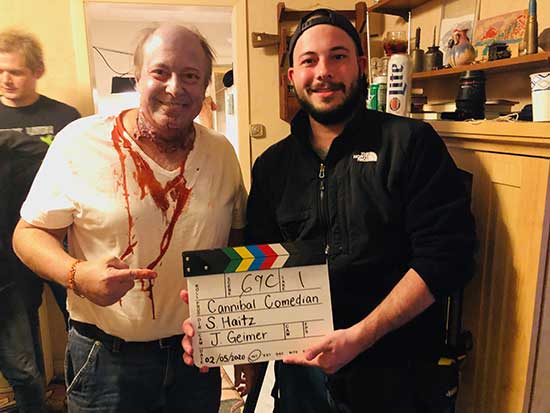 Hi Sean, hope you are doing good. Thank you for taking the time to do this interview for Horrornews.net.

Sean- Thank you for having me!

Please tell us about Cannibal Comedian?

Sean- It is a horror dark comedy about a killer cannibal who aspires to be a stand-up comedian. He learns that the stand-up world is just as brutal and demanding as his day to day life.

Sean- I feel I grew a lot as a director with CC. After filming Big Top Evil in Florida. I moved out to Los Angeles from Sarasota to follow my dreams. I got to work on many big sets as a Production Assistant and work closely with writers & producers as a writers PA. That is where I learned so much about the filmmaking process and how the Hollywood machine runs. I took all that knowledge with me when making Cannibal Comedian. I still have a lot to learn!

I know some of us are still working from home but, are you working on any other projects that you can talk about?

Sean- Yes, we are in post-production with CC and we are in the works of another film. We already have a 2nd draft and looking to shoot in November this year. It is a horror film with a Sci-fi apocalyptic element.

You have a great cast once again in Cannibal Comedian. How did everyone get involved?

Sean- Thank you! Some of the cast are from Big Top Evil. Austin Judd, David Vega & Miss Sadistic all came back! We got some incredible new blood attached. Aaron Prager who plays Charlie the cannibal and Robert Dunne who plays Carrey the Comedy club owner. Aaron and Robert I actually worked with before and new they would be perfect in this film. I am so happy everybody was able and available to come aboard! They all were fantastic. 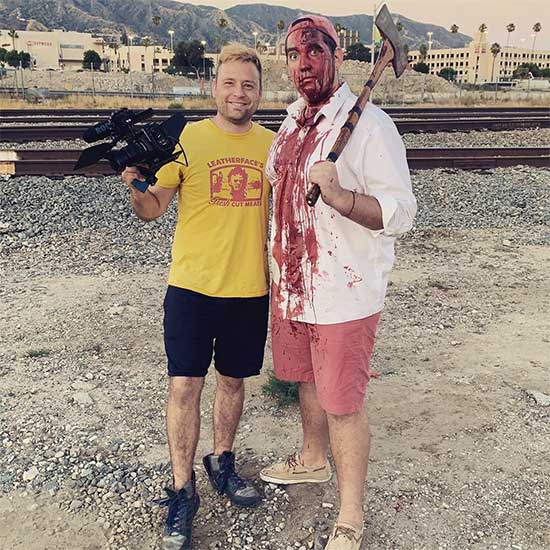 Did you come across any challenges while shooting?

Sean- We shot a lot of the film in the high desert. The weather was really unpredictable. A few days it felt like a wind storm and was freezing. It was intense. I am amazed how we all just pushed through it all. We had an incredible small passionate film crew! 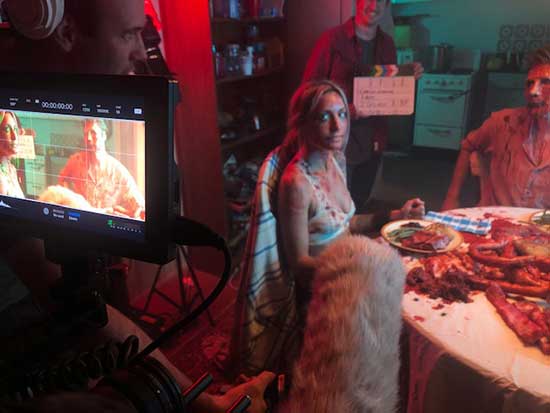 Sean- I am big on practical effects. No CGI in this film. We had a blood gag that was suppose give “Kill Bill like spray” but it wasn’t working. Our SFX assistant improvised on the spot and we made it work. Andrea Davoren was our onset SFX person. She was awesome and she also had like five other jobs too, lol! We got some good kill scenes for the horror fans like a sledge Hammer to the skull which is very graphic.

Stay up to date with Sean Haitz on social media. Check out CANNIBAL COMEDIAN. 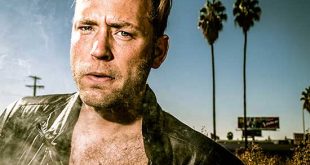 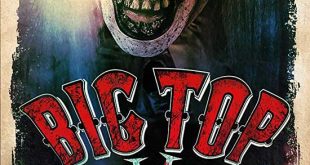