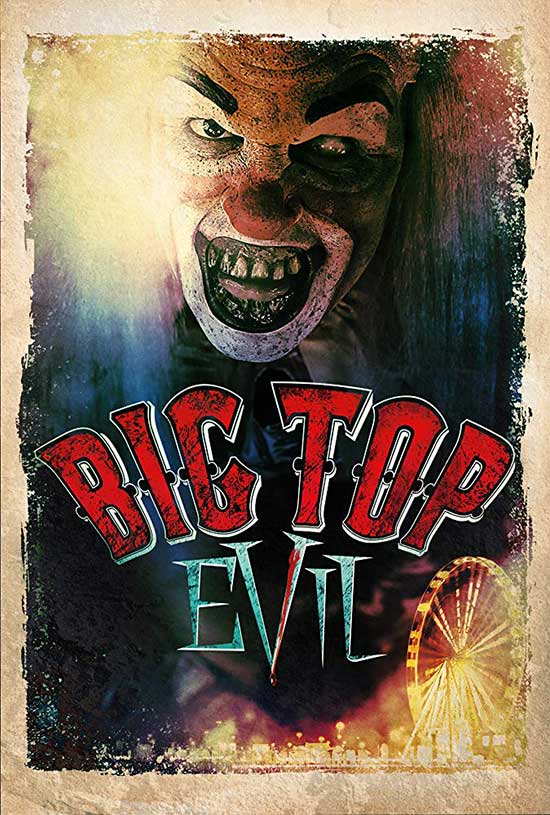 Serving a life sentence for murder, Jay is given the chance for a retrial – when a cold-case lawyer hears his story. It’s a story no one believes. And what a story it is.

On a road trip to visit the infamous ‘Mangrove Slasher’ location, Jay and four friends find themselves lost in red-neck hell. What begins as a wrong turn becomes an eerie tale that explodes into a nightmare of unspeakable bloodshed at the hands of a cadre of crazed cannibal clowns. Literally the circus from hell.

We meet a group of friends that are on a road trip. Jay is in prison telling the story about going to see the infamous location where they made the “Mangrove Slasher.’

When Jay tells his attorney the story, he tells her she won’t believe him. It is something feasible that there is always a cop or lawyer who thinks you are just crazy. It’s a good scene. 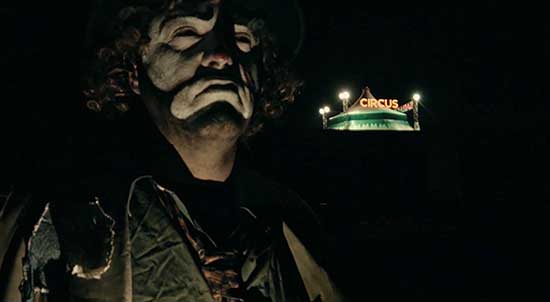 The group stops and finds themselves in the woods. (Never stop, don’t split up people.) We meet Roadside Jack (J. LaRose), a shotgun toting local who is “just messing with you guys.” He certainly scared the shit out of them. (Never get close to a man holding a shotgun) Roadside Jack is glad, “somebody appreciates a good scare.” He talks about the past and what it used to be like. The group of friends inform Roadside Jack why they are in the woods and on the road. Roadside Jack offers advice. Will they listen though? (Do they ever listen?)

CLOWNS! If you don’t like Clowns you probably like this movie. If you aren’t fazed by clowns you will be fine. If you have a severe fear of clowns you have, Coulrophobia.

Donny and the group stop at the local gas station/store/place where Donny tells every single person where they are going. Meet the random girl who comes in and tells Donny about the hotel and circus down the road that they can all stay at. Candy (Austin Judd). 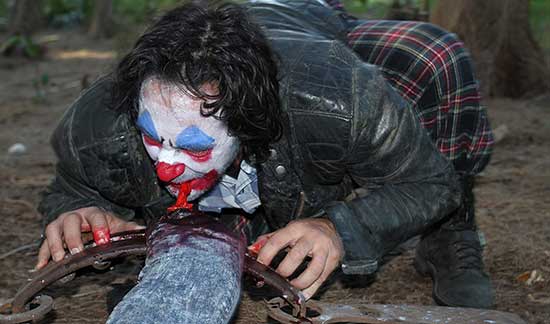 (Never reveal too much information to a random person while traveling)

You would think they wouldn’t just pick up Candy and head off to the “circus.

Mr. Kharver (Bill Moseley) is the ring leader of this debauchery.  He is great in this role. He plays this role with ease. It’s scary when you think about what is out there. Sean Haitz touches on the various notions of creepiness.  The guitar/singing session was cool. They did a great job. This also prompts Casey to talk to Jay. (Every girl loves a guitar player.)

Send in the clowns. They aren’t just any clowns though. The clowns in the movie remind you of theatrical, creepy clowns from the 1920s. Tormenting, revenging clowns in the Theatre of Thrills. We have contortionist, trapeze artist, a ring leader, clowns and all sorts of odds and ends. Trevor gets bit. Jay continues telling the story about how weird it’s getting. This is past weird. 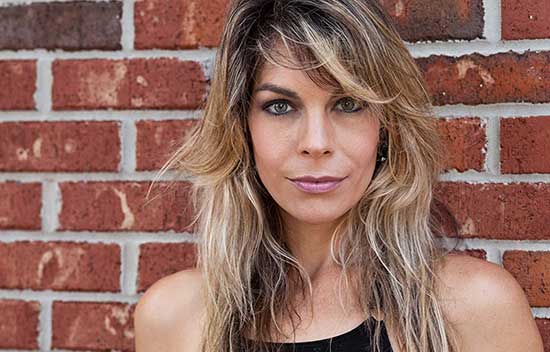 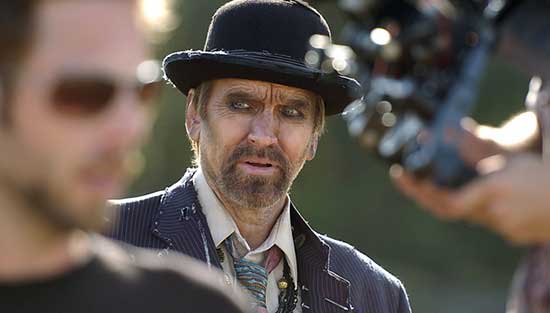 Poor Donny went with Candy and found himself in a “Dexter” kill room. There is something uncomfortably scary, yet B-Movie-ish about “Big Top Evil.” Bill Moseley was a great addition to this film. He added some twisted comic relief with his characters dark sense of humor. The group of friends enters a train car for dinner. (Nope, I’d leave. Turn around, get out of town. Goodbye!) The dinner is what you imagine it is.

Thrown into the story is three armed robbers who are also heading towards the circus. Casey is off on her own. (Have we not learned to travel in groups folks?) Scott and Veronica head back to the room and run into the robbers. Jay finds Casey and some kind of growling creature. 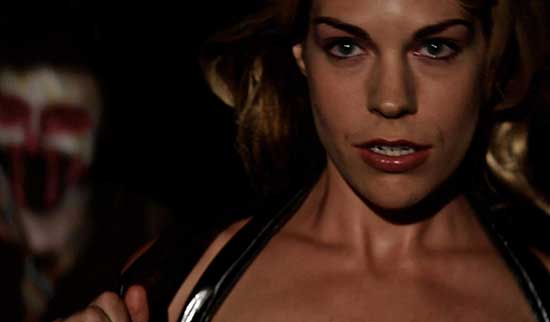 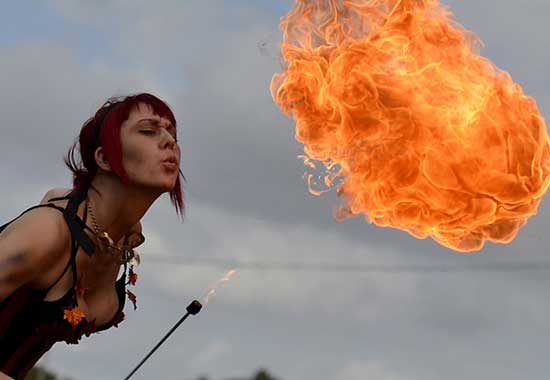 “An eight foot clown creature.” There are no words. They should leave. NOW! Oh good, the armed robbers going to deal with the clowns. This gets more disturbing and demented as you watch it. The effects are wild and the head-splitting scene is crazy.

The armed robbers didn’t help and there is a massacre of human carnage and clown insanity.