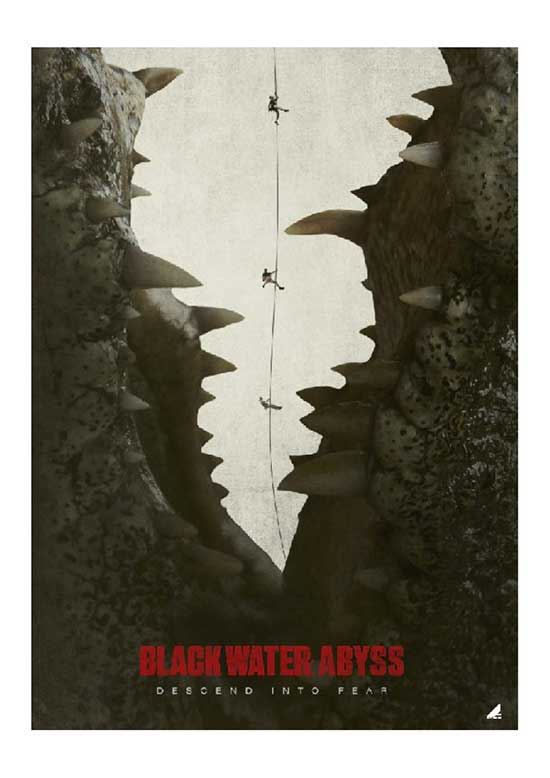 New York –June 10, 2020 – Screen Media, a Chicken Soup for the Soul Entertainment company, today announced the acquisition of all North American rights to the survival thriller Black Water: Abyss, the follow-up to the horror film Black Water. The original film was an underground hit when it was released to positive reviews in 2007.

In Black Water: Abyss, a group of friends explore a remote cave system deep in the forests of Northern Austrailia when a tropical storm hits. As rising flood waters trap them deep below the surface, something even deadlier emerges from the darkness – killer crocodiles. Screen Media will release the film day and date on August 7, 2020.

“As a huge fan of the original film – and their other nerve-wracking creature films – I’m excited Screen Media can be part of the clever and well-executed thrill ride that is Black Water: Abyss,” said Seth Needle, SVP of Global Acquisitions and Co-Productions for Screen Media.

The deal was negotiated by Needle with Mike Runagall, Managing Director at Altitude Film Sales on behalf of the producers. Altitude is handling foreign sales and will be active on the title at the Cannes Virtual Market in June.

The Black Water: Abyss acquisition continues Screen Media’s aggressive rollout strategy. The company recently announced the acquisition of Blackbird, the Roger-Michell-helmed drama starring Susan Saradon, Kate Winslet and Mia Wasikowska. Historic drama Robert the Bruce, which debuted in April, has been topping the independent charts, while Tom-Berenger thriller Blood and Money was released last week. In addition, Screen Media announced the acquisition of Rod Lurie’s feature film The Outpost, based on Jake Tapper’s New York Times Best Seller The Outpost: An Untold Story of American Valor, and released John Turturro’s The Jesus Rolls on DVD earlier this month. The company is also in post-production on Wally’s Wonderland with Nicolas Cage.