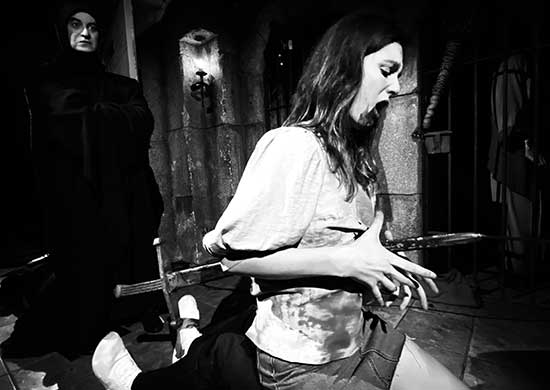 Do you want me to tell you a story to keep you awake… next a grave?

His actual name is Fettes, but he likes to be called Vampus. He carries a lantern at night. He wears a frock coat and a top hat. He enjoys reading horror comic books… tasting the plot. He lives in a cemetery. He is believed to be just a gravedigger but… he is a body snatcher; he sells the dead bodies… And even worse, there are some mysteries hidden in the graveyard.

This is the premise for a new horror movie made of different stories introduced by our evil gravedigger.

Vampus (Saturnino García) will tell us 4 stories: in a hidden cabin in the woods, in a fateful theme park, in a weird wedding celebration and in a world where a strange pandemic is taking place. Meanwhile we will discover the shilling secrets of its yard.

AS you may have already discovered this is a project based on cult classics such as Tales from the Crypt, The Vault of Horror and Creepy. There are some nods to other films, books and figures in the genre as Paul Naschy, R. L. Stevenson, pulp stories, Blind Dead – Lone Fleming appears in the film with Antonio Mayans-, Boris Karloff, The Living Dead at the Manchester Morgue and many others 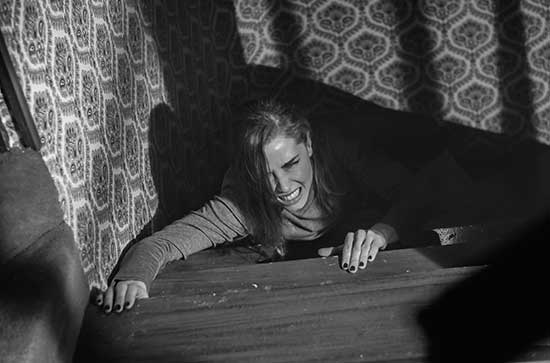 The movie has been shot in scope black and white to keep the pulp classic style and Colin Arthur oversees all FX.

There are 4 new directors involved in the feature: Manuel M. Velasco, Isaac Berrocal, Erika Elizalde and Peter Moreira together with Victor Matellano -VAMPUS came first from his mind- (WAX/ VAMPYRES) who is also behind the creative production.

It has been made in Spain and Uruguay, and there are such curious settings as the Horror train at the Madrid Wax Museum.