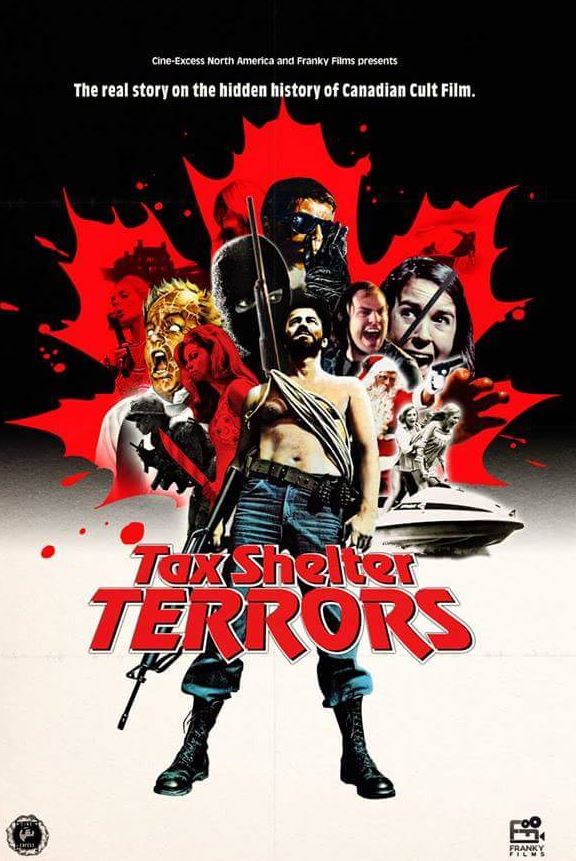 MONTREAL, CANADA – IMMEDIATE RELEASE – June 3 2020 – Many of our most beloved exploitation films of old are in fact Canadian and were born out of the Canadian Government tax incentives that were available from 1975 to 1982. Cult classic such as BLACK CHRISTMAS, TERROR TRAIN, HAPPY BIRTHDAY TO ME, MY BLOODY VALENTINE, VISITING HOURS, PROM NIGHT, THE BROOD, SCANNERS, all stemmed from said incentive.

And now you can get an insightful look at how said films came about in the documentary TAX SHELTER TERRORS which takes us back to a different filmmaking landscape and explores the topic head on.

The acclaimed film (which premiered at the Toronto’s Horror-Rama and screened at the prestigious Sitges Film Festival) was directed by Xavier Mendik and co-directed by Deke Richards (the brain child behind the project) and Francesco Giannini.

Here’s what documentary creator and co director had to say about the project:

“I wanted to create a documentary that celebrated the accomplishment that was the Canadian cult cinema wave made during the golden years of the tax shelter era! Being that the subject matter had never really been closely examined, I wanted to expose the viewers on how these exploitation films made up North came to be, how they distinguished themselves from the rest and how they have yet to be matched today! In my opinion of course.

It was made by horror fans for horror fans. We hope you support it and enjoy it!