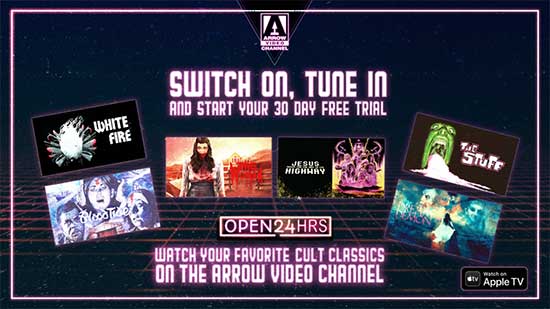 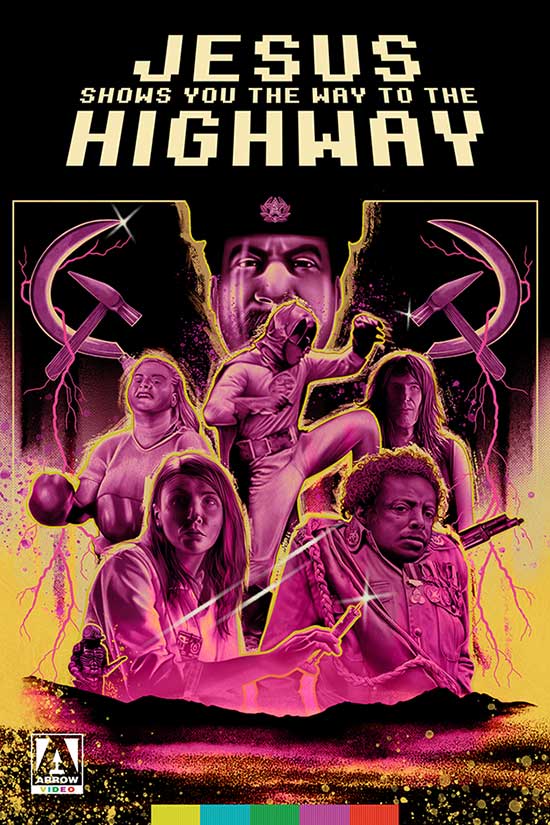 London, UK – Arrow Video is excited to announce the June rollout of titles on their subscription-based Arrow Video Channel, including the exclusive debut of Miguel Llansó’s Jesus Shows You the Way to the Highway. A hit on the international festival circuit, the film boasts an Irish-accented Joseph Stalin, a kung-fu-fighting Batman, a mix of Afro-futurism, Cold War paranoia, Lynchian surrealism, the dystopian world of Philip K. Dick and 60s exploitation cinema.

The year is 2035, and Special Agent Gagano (Daniel Tadesse, Crumbs) dreams of leaving the CIA to open a business with his wife Malin (Gerda-Annette Allikas). Before he can hand in his resignation, however, a strange cyber virus attacks Psychobook, the CIA’s operating system, forcing Gagano to enter cyberspace via virtual reality to combat the threat. Before long, however, the virus starts to reach out into the real world, destabilising the fragile socio-political order for its own ends, and Gagano, trapped in the VR world, must find a way out before it’s too late. 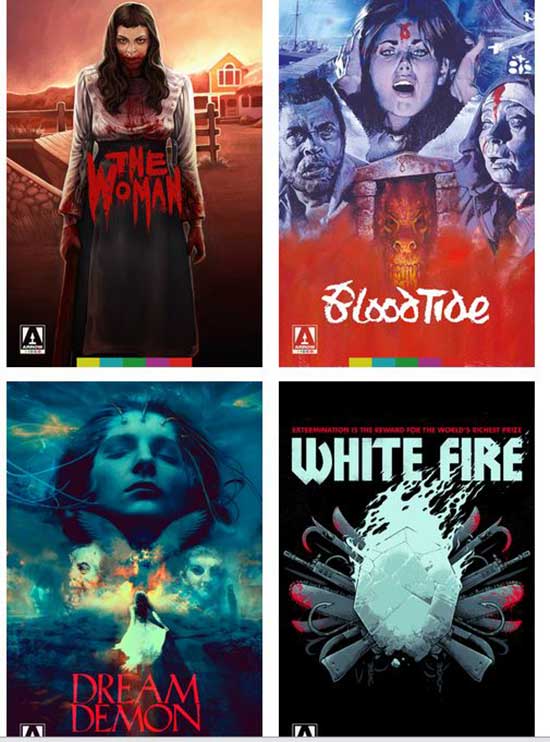 In the coming months the Arrow Video Channel will be adding more cult classics from East Asia including a collection of the Japanese classic Gamera movies and American made horrors such as Creepshow 2, Children of the Corn, and Lake Michigan Monster.   In addition to crowd pleasing cult movies on the service, the Arrow Video Channel will continue to give you an exclusive platform to brand new genre offerings from around the globe.