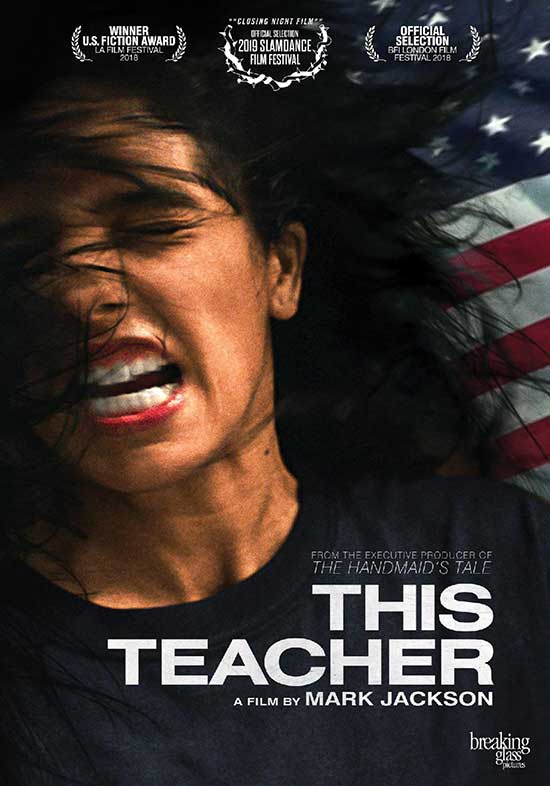 From multi-award-winning director Mark Jackson (“Without”, “War Story”, arriving on DVD and VOD on June 9, THIS TEACHER follows a French Muslim woman (portrayed by Hafsia Herzi) as she travels to New York City from the rough neighborhoods outside of Paris to visit her childhood best friend. But when their reunion turns disastrous, she escapes to a cabin upstate.

However, she soon finds she is not alone, and her peaceful getaway devolves into a nightmare. “Herzi commands attention” (Eye for Film), in this “an exceptionally written, slyly funny yet emotionally harrowing film” (Film Threat), selected as the Closing Night film at Slamdance, with official screenings at BendFilm Festival, BFI London, and LA Film Festival, where it received the U.S. Fiction Award. Trailer in release below…Screeners Available Upon Request. Warmly, Scott

Synopsis: This Teacher follows a French Muslim woman (Hafsia Herzi) as she travels to New York City from the rough neighborhoods outside of Paris to visit her childhood best friend.

When the reunion proves disastrous, Hafsia steals her friend’s credit card and identity, then disappears to a remote cabin upstate. Deep in the woods and alone for the first time in her life, she experiences a divine revelation of an existence without borders. But when she discovers that she is not alone on the property, Hafsia’s sojourn in nature gradually descends into a terrifying study of the intolerance and suspicion she encounters and reflects back to an Islamophobic America.