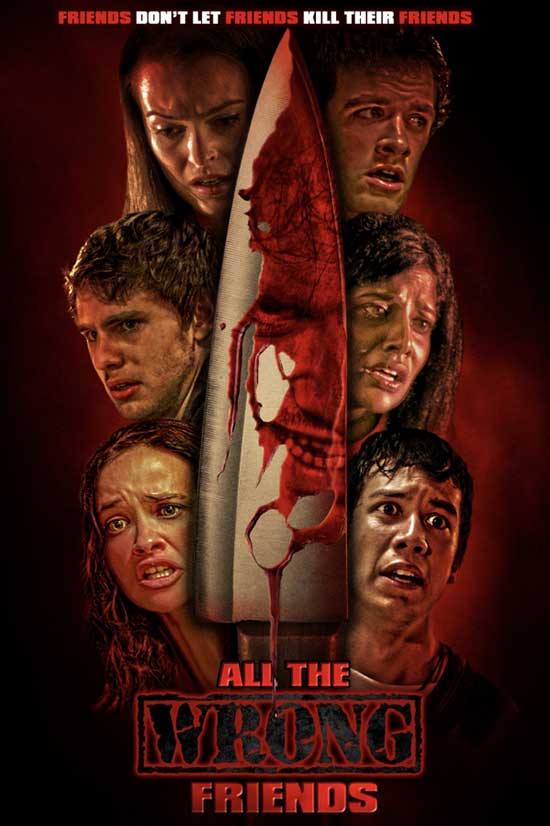 TERROR FILMS latest acquisition poses the question: “can you trust your friends”?

ALL THE WRONG FRIENDS is the feature film debut of Ryan Hawkins and Mark Kerins. Their film centers around a group of high school friends, who reunite for a vacation one year after graduating. They soon find that their relationships have changed for the worse after one of them turns up dead. As accusations begin to fly, no one is safe and everyone suspects everyone else of murder, in this twist-filled thriller.

The film is busting at the seams with a young cast of up-and-comers. Some of the cast includes: Brina Palencia (The CW’s “Star-Crossed) , Krishna Smitha (HBO’s “Silicon Valley”), Ricco Fajardo (Fruits Basket), Dexter Hostetter (Aria the Scarlet Ammo), Sean O’Connor (Ping Pong the Animation), Tom Gelo (Scouts Guide to the Zombie Apocalypse) – with Andrew Milbourn and Alexandra Chaudoin rounding out the cast

The film is set for an early June release across digital platforms including: Amazon Prime Video, Google Play, iTunes, Vudu and many more.

Terror Films is sharing their Official Trailer and Poster in advance of the film’s release.

Tags ALL THE WRONG FRIENDS