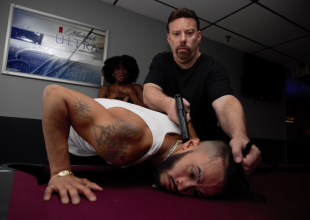 Variety recently reported on Tara Reid and Paul Mormando starring in the psychological thriller “Mixxer,”. Paul has also recently been cast in “K-Town” and “Vice Squad”.

“Horror needs a new badass and his name is Paul F’N’ Mormando!” – commented Michael Joy | Joyhorror Entertainment. “Paul is looking to break some skulls in the horror genre, so that’s why we’ve decided to form this alliance and shake things up.”

Joyhorror Entertainment is a creative entity that specializes in the science fiction and horror genres, professional wrestling and pop culture. Our mission is to create and provide original content that intrigues the imagination and merges nostalgia with the future. We aim to break through the glass ceiling and redefine everything you thought you knew about entertainment, including but not limited to internet, radio, television and motion pictures.

The Ultimate Guide to Martial Arts Movies of the 1970s: 500+ Films Loaded With Action, Weapons and Warriors (book)