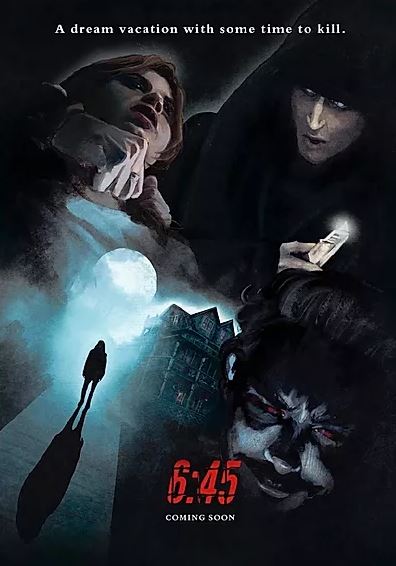 Imagine waking up every day to find you are living in a continuous loop – a day that repeats endlessly. Sound familiar? Expect the unexpected in 6:45, a nightmare that never ends from award-winning filmmaker Craig Singer.  The feature film will debut in Fall 2020.

The film centers around a young couple in love who take a romantic weekend getaway to an island where things go terribly wrong. The lead played by Michael Reed, wakes up each morning at 6:45 and relives the whole experience again. The audience is along for the ride as this gripping psychological thriller embeds anxiety and terror with each passing minute. This Groundhog’s Day inspired horror film wrapped production on Valentine’s Day of 2020 and is currently in post-production. “It’s sadly ironic that the world seems to be living its own version of 6:45 amid the COVID-19 pandemic.” Singer notes.

Additional acting comes from stellar hailed musicians The 45 King and Remy Ma.  The 45 King who first gained fame with his breakbeat track “The 900 Number” in 1987. He was also featured on the 1989-Hustlers Convention album on the UK label Music of Life, which is considered by many to be hip-hop’s first-ever live album. The 45 King’s big break came when Queen Latifah signed with Tommy Boy Records in 1989 and released the album All Hail the Queen. The 45 King did extensive production on this album, and it is considered by critics to be among his best production work.  In 1998, The 45 King produced “Hard Knock Life (Ghetto Anthem)” for Jay-Z. The song was a hit that featured a looped chorus from the original cast album of the Broadway musical Annie. In 2000, he produced the platinum-certified track “Stan” for Eminem.

Remy Ma, American rapper discovered by Big Pun, came to prominence for her work as a member of Fat Joe’s group, Terror Squad. She is one of only five female rappers to ever top the Billboard Hot 100 chart and one of only three multiple winners of the BET Award for Best Female Hip-Hop Artist. Ma is the recipient of two Vibe awards, two Source awards, and has been nominated for three Grammy awards. Since 2015, she has starred on VH1’s reality series Love & Hip Hop: New York, alongside her husband Papoose.

Pulling the vision together for 6:45 is director Craig Singer.  After directing, writing and producing several award-winning shorts and feature films, Singer went on to found Fanlib and My2Centences, companies that predicted the integration of film with internet and social media.  Singer was nominated for an Emmy in the interactive fiction category and his series has been honored many times by Telly’s and Webby’s.  He is the co-creator of both Ollie Mongo and Cassi’s Poem along with legendary Rugrats creator Arlene Klasky.

Singer took an eight-year diversion from the director’s chair when an entertainment company he founded in Tribeca sold to Walt Disney. He was asked to stay on as a Creative Vice President which he describes as an eye-opening opportunity. “My time at Disney was such a privilege and I was given a unique opportunity to learn and work with some Best In Class talent,” Singer says, “but I always knew I wanted to get back to my true passion – traditional filmmaking.” His latest project 6:45 was written by close friend and longtime collaborator Robert Dean Klein.  6:45 follows Singer’s last feature length films Dark Ride and Perkins 14 (Lions Gate) both of which enjoyed theatrical success. 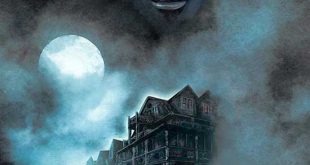