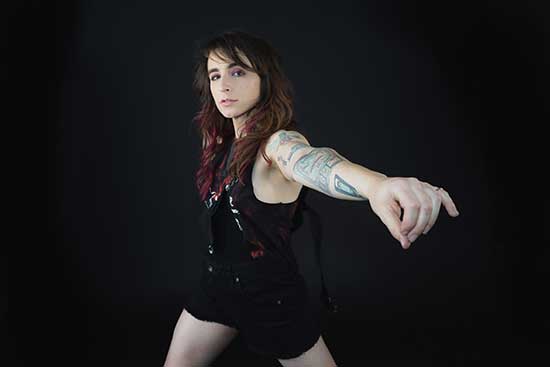 Vera Drew is a talented filmmaker and she works in television as an editor and director. Vera is an aspiring scream queen. Vera Drew is hosting the web series Hot Topics with Vera Drew. Vera took time to talk with Horrornews.net. Make sure to check out HOP TOPICS WITH VERA DREW ON YouTube.

“I’m never going to take a hug for granted ever again.” Vera Drew

Vera’s safe stay at home quarantine Netflix picks: The Chilling Adventures of Sabrina and The Magicians

Tell us about this project and how the idea manifested? Hot Topics with Vera Drew is such a cool project.

Vera- I work in television as an editor. I get to direct and produce but most people know me as an editor. Towards the end of last year, I was really itching to make something that was just me. That’s kind of where this idea for this web series Hot Topics with Vera Drew came from. I found out that the store Hot Topic does brand ambassador programs for influencers and stuff like that so I thought it would be funny to make a concept that was a show basically about me getting sponsored by Hot Topic.

I’m transgender and I came out in my late twenties. I never really got to have the high school emo-goth phase that I think I always wanted. So, the premise is, I am trying to have it as a thirty-year old and hopefully on Hot Topic’s dime. I talk about gender, politics, emo music. It’s all through the scope of this goth/punk rock aesthetic. I’m very horror-influenced. 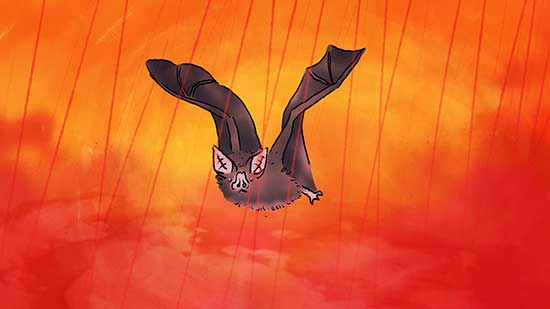 The episode I watched was great.

The most recent episode is a body-horror short. It kind of came out me having the corona virus and what that was like.

You threw Pandemic at the Disco in as the title. I love the music influence in the work. (Watch that episode here, youtu.be/lFYueVCEPoI ) We

Vera- Oh, thank you. That was such a last-minute idea because, I knew when I got sick… I should add that I’m fine and I’m definitely one of the lucky ones. I’m in my thirties and I’m not part of the “at risk” population. Thankfully, I have a little bit of health insurance. It was still so horrible, I couldn’t breath and my chest was so tight. I couldn’t get through to my doctors because everybody is trying to get through to the doctors right now. It was so psychedelically traumatic. I saw no other option to make a little horror short out of it.

That’s horrible. I am glad you are okay. I was reading that a few people didn’t have symptoms at all. Its wild. 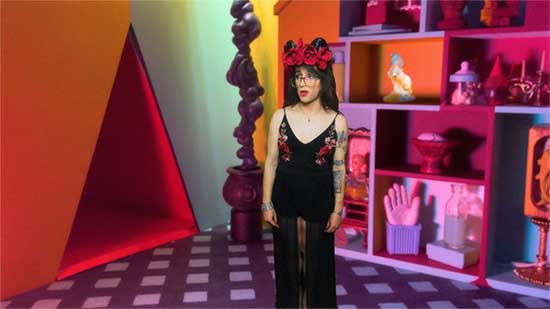 What do you hope to do with the web series? It would be cool to keep the series going.

Vera- The initial idea really was to get sponsored by Hot Topic. I think where I’m at with this show right now, it’s a vehicle for me to express myself and talk about real things, sincerity and what its like to be trans in 2020. What its like to be in your thirties and coming out. Its also like this cool, fucked up, occult world that I’ve created. I’ve always wanted to have my own occult version of Pee-Wee’s Playhouse or Mister Rogers or something and this is kind of scratching that itch. Right now, I’m going to just keep making the show and use it as a vehicle to express myself. Hopefully it can keep getting me more visibility as someone who wants to make horror movies. I primarily worked in comedy for the last ten years, horror-influenced comedy because it’s the late-night Adult Swim stuff. My next big spectacle that I’m going to create will be the re-edit of the movie Joker.

I think horror movies, art and music… Well, movies in general and music have always been kind of an escape for many of us. So, for you to do something like this while quarantined is positive. I get where you’re coming from.

Vera- Oh good. Its interesting and I see this working in comedy. I think people don’t take genre filmmaking and genre television seriously. For me, the stuff that has helped me process, not even just traumatic things but, love and learning how to communicate with people. All of that comes from genre movies. My understanding of most of my trauma comes from body horror. Growing up trans and essentially feeling like I was in the 110% wrong body. Twenty-eight years of real horrifying shit and I want to essentially someday make a very trans specific body horror film. I feel like its something that I haven’t seen yet. I think horror and growing up with comic books, graphic novels and emo-music. It all meant so much to me not only as an escape but as a way to understand myself and understand the world around me. I think that’s what I’m trying to do with Hot Topics. 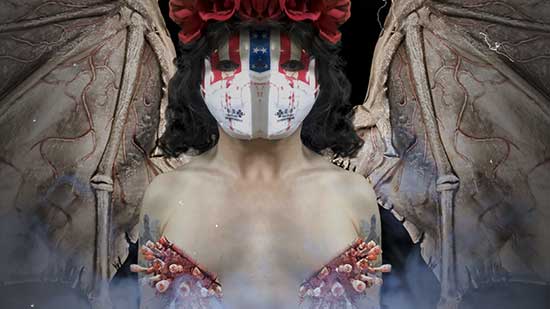 What would you say to fans and people that will be watching Hot Topics with Vera Drew?

Vera- My big kick right now is sincerity and I don’t just mean sentimental, schmaltzy sincerity. I mean authenticity and being real. I feel like so much of the crap we’re dealing with now as a country comes from decades worth of nihilism and irony. I’m never going to blame it on the artist but I think culture has been going down this rabbit hole of ironic nihilism. I think we all could use a big shot of sincerity. I think the show I’m making is something that a lot of people should see.

Amen. Did you always know that you wanted to be in the entertainment business?

Vera- It’s always been there. I’ve made movies since I was six years old. I saw no other option but, to do what I’m doing.

If you do get sponsored by Hot Topic, what’s next? A Netflix series, streaming, distribution?

Vera- That for me right now is the next step, not necessarily getting sponsored by Hot Topic. I really would love some way of distributing this show beyond just, uploading it to YouTube myself. It’s kind of cool and I feel like this project has kind of found a lot of people that are new to me, which is exciting. It’s hard for anything to viral anymore. I think there is something interesting to be said about like, I made a show over the course of three months and it’s gotten me new followers who are really enthusiastic about the stuff I’m making. I would say once a week I get a message from someone who is young and transgender and they make a point to tell me specific things in the show that they relate to and it meant so much to them. I know there is a market for this. 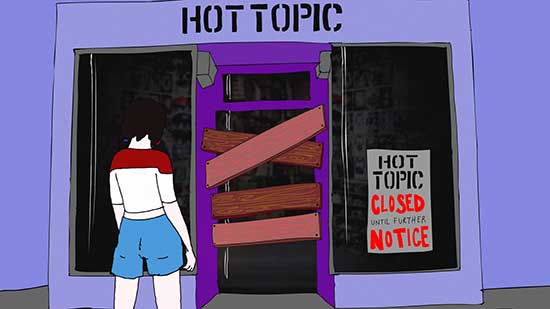 I thank you so much for taking the time to talk with Horrornews.net – You created something original. It is funny, smart and you talk about important topics and you keep us on our toes so thank you so much. And, stay safe and you rock.

Vera – Thank you. Thank you for everything nice you said about the show. Thank you Janel.