INSIGHT OF EVIL 2 – Updates and Trailer 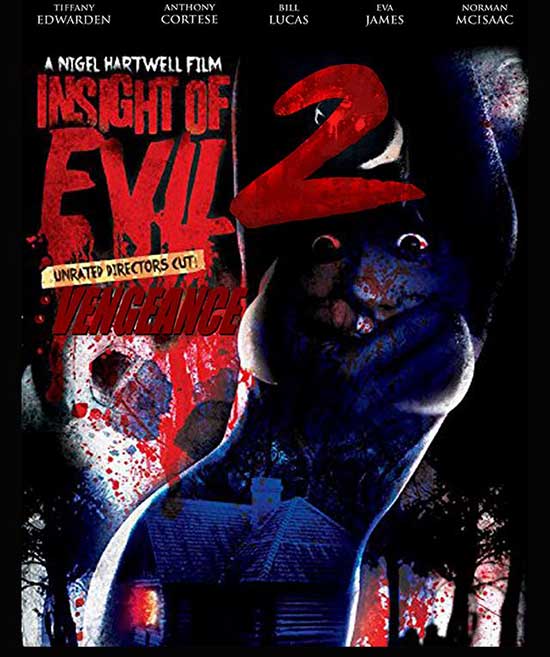 Insight of Evil 2 is an 1980s slasher style horror film. This sequel pickups up three years after the original murders. As murders have continued through out the years, so have Tanya’s nightmares. Tanya returns to the scene of the crime with her doctor to rid herself of nightmares, only to confront her nemises once again.

Insight of Evil 2 is the third Feature Film shot by Nigel Hartwell, following Insight of Evil and The Expedition. Tiffany Edwardsen and Anthony Cortese return to reprise their roles with a few new faces. If you like 80s slasher films this sequel has the gore and the girls that you would expect.

INSIGHT OF EVIL 2: VENGEANCE from NEW BLOOD ENTERTAINMENT on Vimeo.