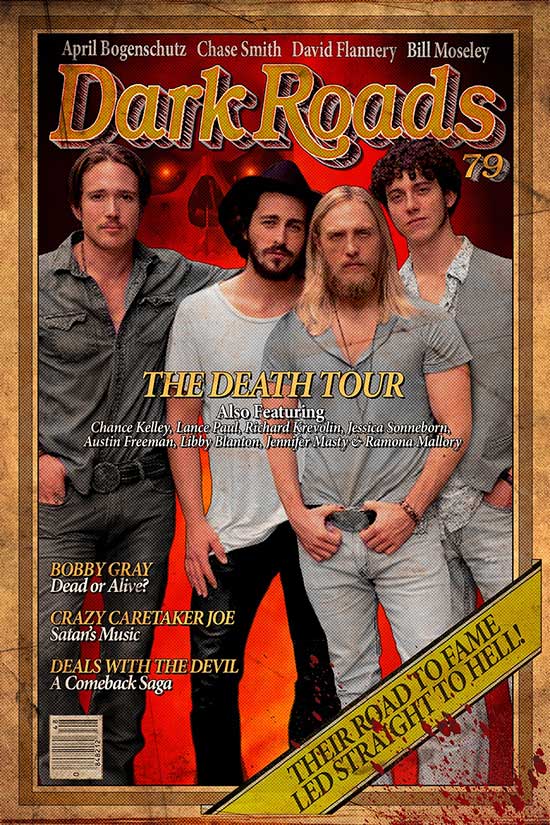 DARK ROADS 79 has a talented cast and an intriguing story. The film centrally stars: April Bogenschutz (Penance Lane), Eddie George (“Ballers”), David Flannery (Detroit), Chase Smith, Jessica Sonneborn and horror icon Bill Moseley. The plot itself centers around a southern rock band known as Dark Roads, whose time in the spotlight has come to an abrupt end. To find a new sound and regain their fame and fortune, they head to a secluded cabin to work on a new album. One by one, each band member begins to meet their demise and the survivors soon discover that the front man of the band sold his soul to the devil – for the fame and fortune they’ve enjoyed. Now, the time has come to pay back this debt with their souls!

The film will begin its digital premiere at the end of May. The release will include a wide digital roll out over the next several months, on: TUBI TV, Google Play, Prime Video, iTunes and many others.

TERROR FILMS is sharing the official trailer and poster with fans in advance of the release.