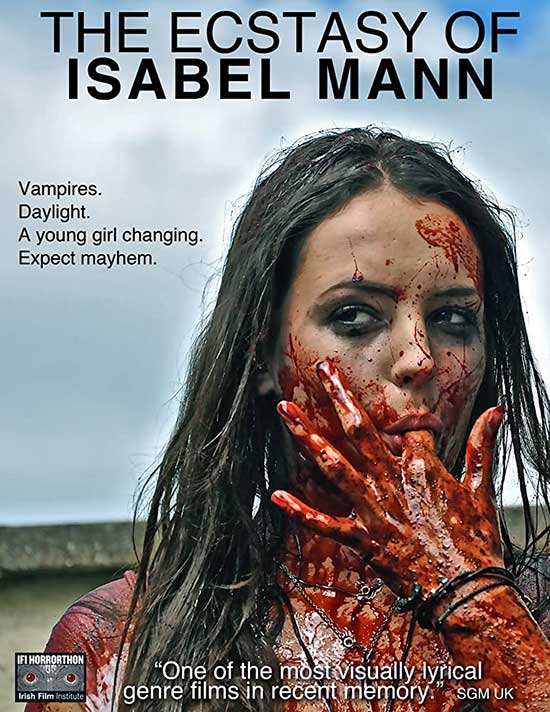 Teenager Isabel Mann is seduced by a violent sect of day-walking vampires. Her classmates start to go missing, attracting two detectives.Things get weird as the disturbed teenager kills at will in the nearby woods. She’s aided by head vampire Alejo, and eerily by Isabel’s lost mother, an earlier recruit. She’s trained in the art of the kill with horrifically bloody results for those she loves.

The Ecstasy Of Isabel Mann is a tale about the titular character and her outings with a group of “vampires”. As Isabel’s school mates go missing, a detective takes notice and investigates.

Not much of a spiel, but that’s because there wasn’t much of a story here. The Ecstasy Of Isabel Mann barely follows the tried and tested beats of a three act structure and the script meanders along to its forced climax, which is more of a climin. 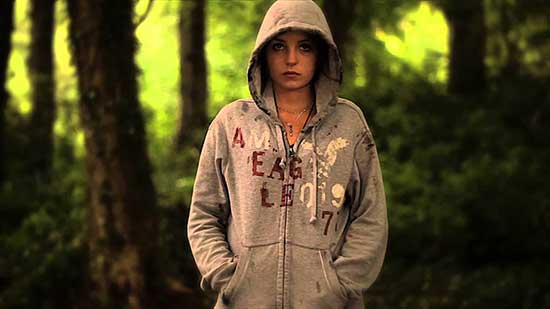 Writer/director Jason Figgis decides to make us join the story after Isabel’s indoctrination with the “vampires”. It was an odd choice which could’ve worked in the hands of a skilled writer, but Jason didn’t have the chops to achieve it. The rest of the film is the same, we witness everything after the fact. Except for the detective’s investigation, everything else is presented in flashback so you are detached from it all. You are told via exposition how things (kind of) came about and about Isabel’s life; it feels like you’re sitting beside a group of Gen-Zs at a Starbucks.

As per usual, these kids are talking so loud everyone else is forced to hear their mind-numbing conversation, but because they haven’t fully developed the skill of conversation, or being tolerable, you get the gist of their conversation but you don’t really feel like you know everything.  Because of this, the whole film felt limp. I barely recognised any of the typical 3-act beats and when a script suffers this, the film will always meander along with no clear direction which is painfully obvious here. Once the script forced some plot points for the sake of the story, I was completely turned off by this film. I can tolerate leaps of logic, but contrivances for the sake of the story, that’s a no no. The ending felt like Jason had no idea how to organically end the film so he went with a cliche which felt out of place for this script.

The film actually concentrates more on the detective so it felt like a police procedural with some flashbacks to Isabel and friends. Couple this with ZERO character development and you have a film about a girl you know nothing about, can’t relate or empathise with, and then you are forced to follow a detective who is a prick to everyone, oh, and you know nothing about him either. 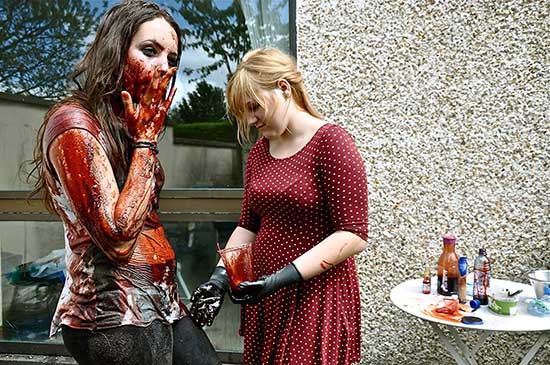 It’s a shame because there were a lot of elements which could have made a compelling story if Jason had the skill to pull it off.  Isabel’s mum is also a vampire (not a spoiler as you learn this in the first 5) and she is thought to be dead by the rest of the family but nothing more is done with this. There would have been so much emotion and conflict a skilled writer could have conjured up with just this component, but unfortunately in this script it’s delivered as a side fact and nothing more.

I use “vampires” as I completely disagree that they are actually vampires. Apart from drinking people’s blood, these “vampires” don’t display any characteristics that would identify them as vampires in the varying lore. They don’t have fangs! That is at least the bare minimum for any Vampire, surely! They can tolerate daylight (thankfully they don’t sparkle) better than a ginger though, and nothing else is expanded on them. I’d call these people Goths with a plasma fetish.

The acting was pretty bloody good for the speaking roles, except for Isabel who is obviously still learning the ropes. The performances from the lead detective (Neill Fleming) and Isabel’s father (Gerry Herbert) were fantastic. I could easily see them both in bigger, commercial films/TV. So good. I hope they can at least use some of their performance in a show reel to further their careers.

Cinematography was solid considering the budget and I like the chunky sounds used when the “vampires” were feeding.

The Ecstasy Of Isabel Mann is not a film I would recommend to even the die-hardiest of vampire fans. It’s lack of structure, lack of character development, lack of conflict, lack of story and ill-thought climax makes this film struggle from the get go.

0.5 out of 5 Goths with plasma fetishes