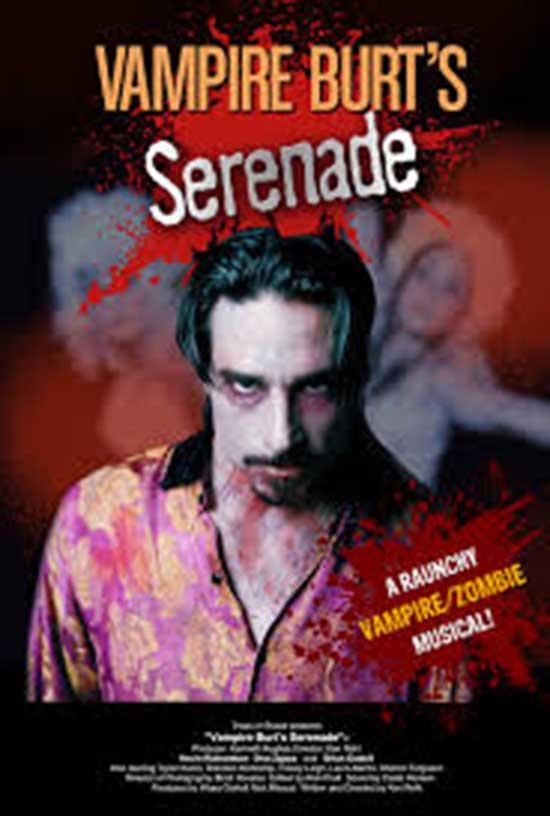 The title character, Burt, is portrayed by Kevin Scott Richardson, currently on a world tour as a member of the Backstreet Boys.

Ken Roht is the writer-director. The Santa Monica native received two Los Angeles Drama Critics Circle nominations for his work in the theatre.

Producer Kenneth Hughes adds to his list of offbeat arthouse films spanning diverse genres, among them Confessions of a Teenage Jesus Jerk; Einstein’s God Model; and Fell, Jumped or Pushed.

Much of the film was shot in Los Angeles at the Bootleg, a theatre and rock club.

In this film, humans have it terrible….but Monsters have it worse. Zappa Zombie tries to kill Backstreet Boy Vampire!

The film is due for digital release on May 8, 2020 at Amazon Pay and Amazon Prime. It will be available on several other platforms shortly thereafter.