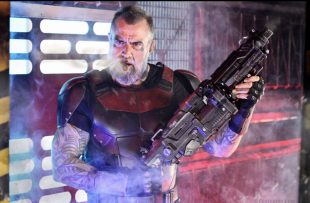 What was your favorite horror movie growing up?

Okay… obviously I’ve seen a lot of horror movies so it’s hard to pick a straight up favorite, but growing up and still; I love the Evil Dead franchise. Probably number 2 especially. This is when Ash and Raimi decided to just go full on freakshow with it. Which was great because it’s also hilarious. But there’s a lot of sentimentally value as well, ’cause me and my brother snuck into it. I think it was NC-17 at the time, it might still be, I dunno. But we were just two skater punks thinking we were cool. Which we were. Also, I’ve seen myself become Ash and I’ve gotten older. I’m the AntiHero of my own life story and my obstacles in this business are handled with a boom stick to the face. Metaphorically…. kind of. Oh, I also have DEAD by DAWN tattooed on my hand.

What industry professionals inspire your creativity?

I’ve looked up to one particular actor for a while now and I’ve actually been blessed to work beside him nearly a handful of times. But Robert Lasardo, man. He is a force of an actor. It was amazing to watch his work for such a longtime and then actually get to see his process up close. It’s cool too that he’s had such a long, consistent career being covered from head to toe in ink. Which obviously, I’m covered in tats as well which instantly gives you “bad guy” stigma, and it hasn’t gotten in his way. He is a real good, humble dude who inspires me to be a harder working actor.
I’m also a very big fan of Harley Wallen. This dude takes the full dive into character development and is able to take sometimes nothing and turn it into a big something. 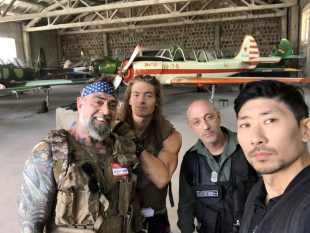 What made you decide to get involved in the film industry?

I’ve really always wanted to be an actor. Big horror fan. Thought I’d make a great bad guy. It’s a goal of mine to be a franchise slasher like Jason or Michael Myers; I think I even have to charm and chops to pull off a Freddy type character. I just really wanted to slash and gash on camera because what’s more fun than bashing skulls without consequence. I have a massive DVD collection, a ton of macabre movie props, t-shirts, all kinds of memorabilia shit… and I thought if I can take time to collect this shit then I can take the time to actually become a part of this shit. So like I said before, I took the obstacle that is life, said fuck it, and blew it’s head clean off with my boomstick! I’ve been hunting zombies ever since.

How did you get involved with the DEATH SQUAD series?

Booking Death Squad was a typical casting breakdown on BACKSTAGE. I actually submitted myself for the Commander role, Sheppard.

Death Squad I saw a casting on backstage got the audition. I didn’t audition for Thompson I auditioned for the commander Sheppards role. But they liked me better for Thompson. More of a big brawler American baddass type. Like Hulk Hogan or some shit.
It was actually pretty sick because I didn’t really know the plot when I first auditioned. But when I booked it, they were like “so you’re a group of mercenaries who end up fighting zombies. I said fuck yeah! Two weeks later I’m bags packed and on a plane to Armenia with a license to fuck up the living dead. 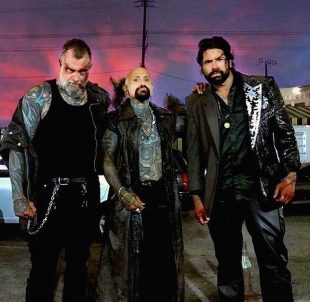 How do you relate to your DEATH SQUAD character, Greg Thompson?

I’m weirdly similar to my character, Greg Thompson. You know, I mean, not the Marine part, just about being a loyal puppy dog who can bite your face off if you fuck with mine. Which is the way I am with my friends and family. Fuck with me all you want but if you fuck with them, I’ll bury you. They call Thompson the Champ because he was a fighter in his hay-day , which I was as well… just a little more disorganized and without gloves and rules. And I was good. But like Thompson, I’m over fighting and I’m not in my prime but, I’ll still fuck you up. Wanna see my scars?

Could you give us an example of how you’ve brought your knowledge of martial arts and wrestling into the film industry and the roles that you’ve played?

In all seriousness, I’ve been trained in MMA and Krav Maga for over five years. I started doing stunts and stunt coordinating.
Almost every role I do is action or horror and it’s important because a guy who looks like me is almost impossible to find a double for. So I do my own shit. But I do find martial arts and defending yourself is very important in real life too. Especially having three daughter, I’ve taught them to defend themselves as well. Papa Bear isn’t just a showman. He’s a protector. 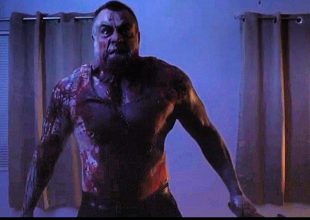 Where can fans view DEATH SQUAD?

You can watch DEATH SQUAD on the Popstar tv app apps.apple.com/us/app/popstar-tv/id1459064938
or on Amazon, STIRR , or by clicking this sexy link www.video.popstaronline.com/channel/death-squad/video/death-1/

What has been the highlight of your career up until now?

Never in a million years did I think I would end up being an actually actor. But now I’m actually getting accolades for doing it. Playing pretend and being rewarded for you. I won best supporting actor for a horror movie “Nowhere to Run“ which you can currently find on the Direct Tv shorts Channel and DEATH SQUAD is currently in the Blue ribbon voting round for a daytime digital Emmy in 3 category’s ……. wow man stoked 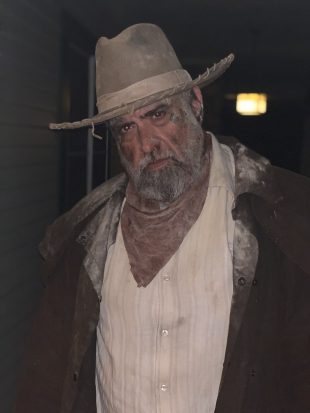 What has been your biggest obstacle up until now?

My biggest obstacles have always been myself. Anxiety is something that really gets in my way. But I also think anxiety is an alarm system that tells you you’re not satisfied. If I didn’t have anxiety, I would be complacent and not get anything done. So now I use anxiety to get my ass in gear. Idle hands bro. Dangerous. So I’m better as my anxious self and that’s my advice. Be yourself. Use your weeknesses as powers and none can use them against you. Like Batman being afraid of bats. I’m Batman.

What’s left to accomplish in the career of Mike Ferguson?

Next up, I’m finishing up a western with Jamie Bernadette and Greg Kriek who both are amazing actors. And then, I’f we survive the Apocalypse, we’ll see the finished sci-fi movie called Colonials which I got to shoot with Mike Markoff who is my brother and my DEATH SQUAD co-star. Also starring Betsy Sligh, www.imdb.com/title/tt11766766. I also eventually want to direct, I have a lot to say and think I would have fun. I already know production, so what’s wrong with ALL OF THE HATS.
Fuck your couch 🖤🎥
You can follow what I’m doing next here Mike Ferguson (VIII)
www.imdb.com/name/nm8279086/ 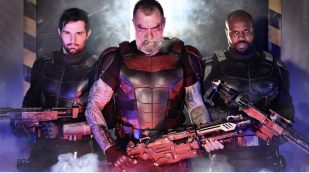 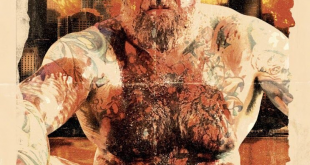 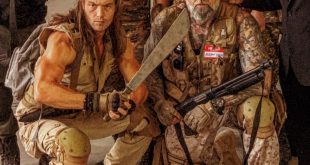