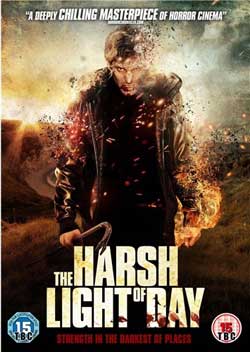 After witnessing his wife’s brutal murder, Daniel Shergold makes the ultimate sacrifice and accepts the help of a dark and mysterious stranger in order to reap vengeance on those responsible.

It never ceases to amaze me that vampire-centered films still happen to be some of the most original stories, even with decades of trademarks and stereotypes behind them. The franchise character constantly manages to reinvent itself in new and different ways. This latest offering is no exception with first time feature director/writer Oliver S. Milburn taking a bold new step into the genre. 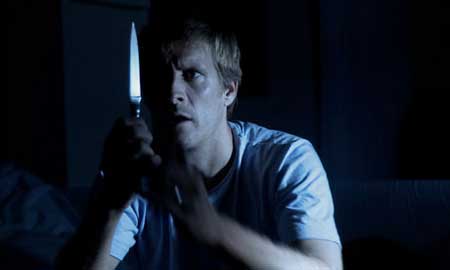 The film features the talent of actor Dan Richardson playing the role of author Daniel Shergold. Dan is an occult author who has received his share of accolades. Sharing a quiet night together, Dan and his wife didn’t expect to have their house broken into, let alone attacked by a trio of thugs. The ordeal is traumatic leaving Dan paralyzed from the waste down and his wife beaten to death. Tragedy sparks invention.

Dan has become a recluse mourning his wife’s death and left without the use of his legs. In fact the event still haunts him nightly. He is not without care as his house nurse Fiona helps him with the day-to-days. With the killers still on the loose, Dan lacks any real details to identify them. That is….. until he is visited by a mysterious man who claims he can “help” him find the killers and seek justice. 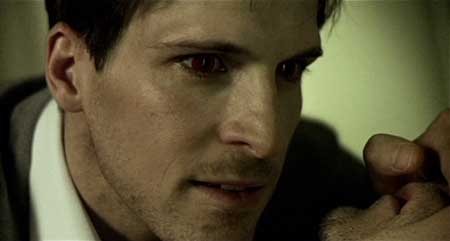 Dan not quite sure about this confident stranger agrees out of frustration knowing inside that it’s probably pointless. Though the stranger is not your usual visitor. The way things were being edged into, I immediately started to make a certain assumptions that we were being led into a Faustian-like premise. At first it’s actually not quite clear, but it is soon apparent that this mystery man is a vampire (who maintains a pack of 100 like him).

He grants Dan the power of the immortality thru a simple bite on the neck. Dan who has to go thru a small period of “transformation” soon finds that he is able to heal….. among other things. His senses are completely heightened giving him an ability to “sniff” out the details of his invading visitors. And if you are a fan of “True Blood”, Dan also shares the power of running really fast. Dan has of course 1 objective, which is to track down the scum bags who caused his life so much grief and send then to their grave. 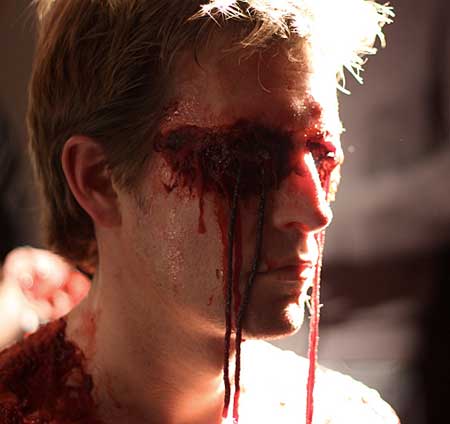 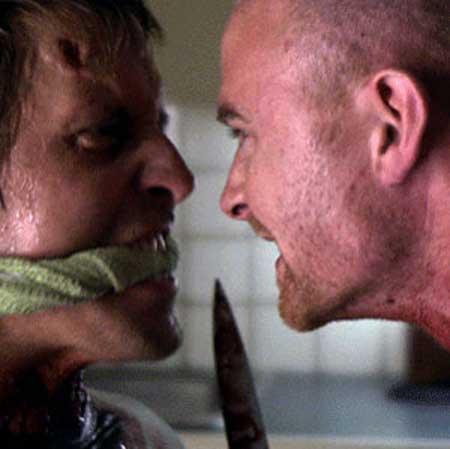 Speaking of scum bags, we learn that our small group of thugs are actually pay for hire video recorders who sell trauma tapes to other scum bags (who desire them). Sort of an underground market that unfortunately has to cause alot of pain to get footage for buyers. This British talking group is soon located and attacked in the effort of retribution. Dan though is having issues with his new lifestyle. It’s one that he doesn’t want despite his enhanced self. The idea of feeding and killing others is too much for him.

“The Harsh Light of Day” is a debut directorial from Oliver S. Milburn. Despite our genre being over worked with vampire films, this one still stands on its own as a cool and interesting piece of work. UK films sometimes are hard to read especially if the dialog is too accent heavy, ….but, I was pulled in from the start on this one which has enough meat to keep you striding along. The story itself is a simple revenge tale which means we expect most of what transpires. Even knowing this it works on its own accord with very little budget to really work with. 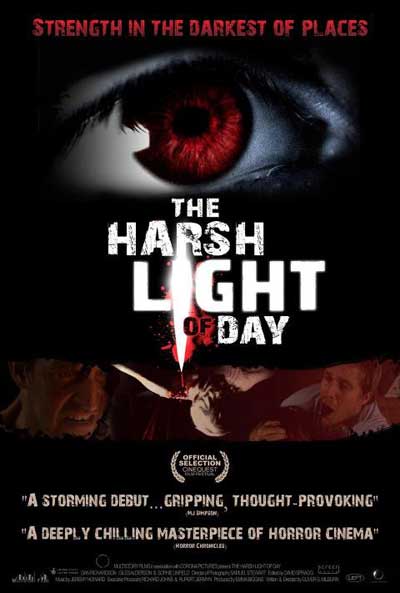 In this day, we don’t need to see “every” vampire effect to get the gist. “The Harsh Light of Day” shows us enough to get the point across. It also has a ending that I thought was appropriate to the story (with a nice effect to boot). Reinvent the wheel? not quite, though a strong story still perks thru with a band of newcomers who show alot of promise in the film world. Actor Daniel Shergold has great presence that I believe will grow in future performances. “The Harsh Light of Day” is a new entry into the vampire game with enough savviness to win over quite a few genre fans.