A Distraught Woman Searches for Her Missing Newborn
In the Thriller Coming to DVD on April 28, 2020 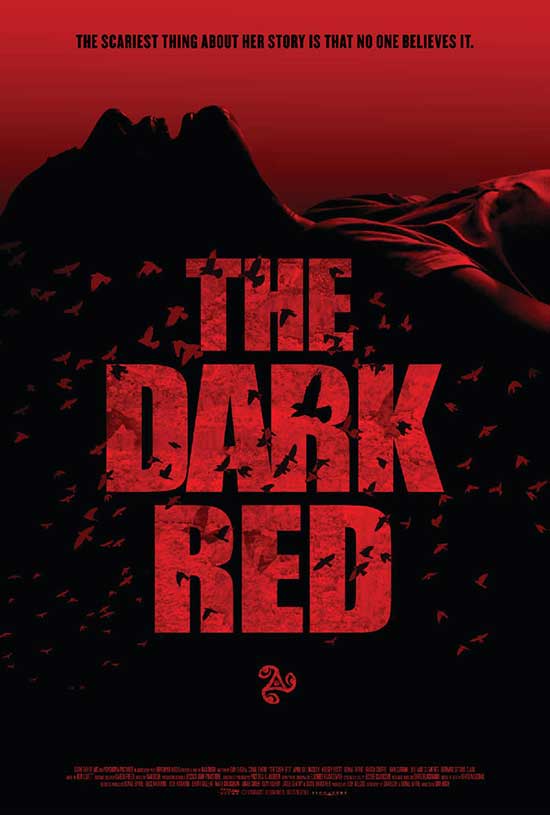 A woman is convinced her baby was ripped from her womb and taken away by a sinister cult – but no one believes her bizarre story – in the gripping paranoid thriller THE DARK RED. The latest film from the creator of the James Franco-starring horror mystery The Vault, arrives on Dark Sky Films DVD on April 28, 2020.

A young woman is committed to a psychiatric hospital after claiming that her newborn has been abducted by a secret society called the Dark Red – an ancient, underground cult that harvests and controls an incredibly rare blood type that gives one the power to hear and guide another person’s thoughts. The woman, Sybil, claims she is special, that she carries a pure and powerful strain of the blood like nothing seen before, and that the society sees her and her child as central to its next evolution – or perhaps its greatest threat, should she turn against them.

Is the Dark Red entirely a figment of Sybil’s imagination – a complex coping mechanism to overcome a terrible personal tragedy – or is there some truth behind her story? A shocker that will thrill fans of Unsane and The Uninvited, THE DARK RED is a dark, disturbing and utterly suspenseful mind scrambler.

The film, from director Dan Bush (The Signal, The Vault), stars April Billingsley (Last Vegas, The Walking Dead), Kelsey Scott (How to Get Away with Murder) and Rhoda Griffis (Parental Guidance, The Blind Side).

Pip Ellwood-Hughes of Entertainment Focus wrote, “Genuinely unsettling and chilling, THE DARK RED is a tour-de-force piece of genre cinema that deserves to become much more than just a cult classic.” “A solid entry in the childbirth-related horror subgenre, bolstered by Billingsley’s riveting performance and crackerjack editing and impressive direction from Bush,” raved Joseph Perry of Diabolique magazine. Jennie Kermode of Eye for Film said, “THE DARK RED is a smart little film with a more sophisticated understanding of its subject matter and more to say than past stories of this sort might lead you to expect.”