Haruka is new at her school and is in turn bullied and harassed by the students with one exception. Haruka’s only friend is Mitsuru who makes attending class and life more tolerable. Things go from bad to disaster when Haruka’s house burns to the ground resulting in the death of her parents and injury to her sister. Haruka is out for justice and blood.

The director Eisuke Naitô is once again exploring the world of psychotic school children in his 2018 offering Liverleaf.  Based on a manga series “Misumisou” by Rensuke Oshikiri, this bleak depiction of human cruelty is certainly not one for the faint hearted, and even those with stronger endurance for violence, might not want to watch this one right before bedtime.

In the centre of the story is young Haruka (Anna Yamada), who after moving to new town with her family finds herself mercilessly bullied by other students in her class. Supposedly the reasons behind this is a rumour of Haruka stealing a popular girl Taeko’s (Rinka Ôtani) crush away from her, but it soon becomes clear that this is a mere excuse for the torture; these little psychos just want to hurt others. When things get unbearably bad and even Haruka’s teacher father gets attacked by the bullies, the family decides to keep her home for the rest of the remaining school year. Unfortunately, Haruka’s newly found freedom is short lived as her tormentors decide to target another loner in the class, and this decision in turn leads to the horrific deaths of Haruka’s family. From there on a Haruka has only one mission in life: to take revenge and kill every bully in sight.

Liverleaf is not a film overly concerned with plot. In fact, there really isn’t much of a story at all and the little that there is, is riddled with some fairly sizable plot holes. For example, the facts that half of the town’s teenagers seem to be disappearing one after another without anyone noticing and our protagonists magically finding weapons within hand’s reach on more than one occasion, do stick out like a sore thumb. The characters do not exactly do the film any more favours either, as most of them are left woefully underdeveloped and skin-deep. There is a slight attempt of deepening some of the characters, like giving the main bully Taeko a bit of a backstory, explaining some of her behaviour and showing her in more sympathetic light. Equally Rumi’s (Rena Otsuka),  descent from a scared victim to the biggest psycho of them all is dramatic, yet somewhat understandable, given the way she is treated (and as is hinted, has been treated in the past), and giving insight to Haruka’s family life and her relationship with her younger sister, makes her somewhat more relatable than the rest.  In general, though, most of the characters are left fairly one dimensional with not much more about them than being vicious, Haruka included.

While this is normally something that would bother me quite a bit, given the kind of story Liverleaf is, the simplicity of the characters is not a major issue. Like any decent revenge drama, it’s not the plot or the depth of characters that’s important; what really matters is the gore, and that it certainly has in abundance. The scenes of violence start from the very beginning of the film and amp up as the story goes along, going from simply pushing someone around to setting people on fire and perhaps even more horrifically, beating someone to death. The special effects are well executed, albeit slightly on the cartoonish side, with bright red blood (nicely contrasted by the wintery surroundings) reminiscent of 1970’s exploitation films. Nonetheless, this does not make the violence any more palatable and the acts of brutality go through you just as much as they would in a more realistic setting.

What really makes Liverleaf such an uncomfortable watch is the subject matter and the characters at the centre of it. The bullying Haruka encounters is ruthless and watching it in action is distressing to say the least. The behavioural paradigm of the main bullies is eerily familiar from real life and to know this kind of situation is a reality for many young students out there, makes the whole thing that much more heart-breaking. Even those who do not actively harass Haruka, keep the circle of abuse going by their inability to intervene. This not only applies to her peers but the teachers as well, who simply turn a blind eye in the fear of getting bullied themselves. Even Rumi, the girl targeted after Haruka no longer returns to school, shows no sympathy for her, but instead takes her fear and rage out on the one person who could have possible been her ally. There are no nice characters in this story. While Haruka is the closest thing to a protagonist, even she fails to inspire any deep feelings of sympathy and her mission of revenge leaves you feeling almost equally grim as her tormentors do. In this vortex of hate, jealousy and mixed up feelings there is no winners.

Liverleaf in incredibly bleak, yet very enjoyable piece of revenge cinema. It offers everything that a film of this genre should, and the desolate atmosphere makes it slightly a cut above the rest. It’s cruel, bloody and a great watch when you’re looking for something particularly savage. 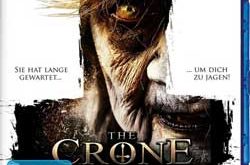