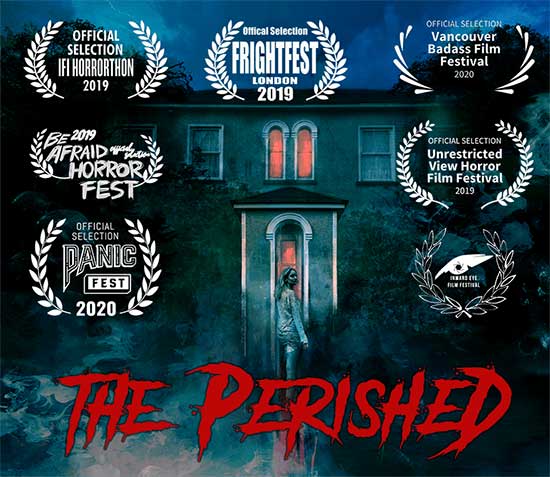 THE PERISHED has released an official trailer and announced an April 7th release date in North America through The Horror Collective.

“I got HELLRAISER vibes,” said Entertainment Focus, “and it sent shivers down my spine

While recovering from an abortion, a young woman is tormented by the spirits of the unborn…who seek a mother.

The film was written and directed by Paddy Murphy, who produced alongside Barry Fahy and Vachn Gill. It stars Courtney McKeon (THE THREE DON’TS), Fiach Kunz (GAME OF THRONES), Paul Fitzgerald (THE SLEEP EXPERIMENT), and Lisa Tyrrell (URBAN TRAFFIK).