Children are supposed to be joyous miracles of life. They are cute, funny, and usually the best company to keep. No one associates kids with evil or the devil. They are pure and the epitome of all that is good in the world. Too bad the horror industry didn’t get that memo. Writers have no problem transforming an angelic child into an evil being with no regard for goodness and morality.

The children of darkness have flooded horror films for decades. They range from bad seeds to possessions by demons. Needless to say, many of these films may have changed parents’ views on their bundles of joy. 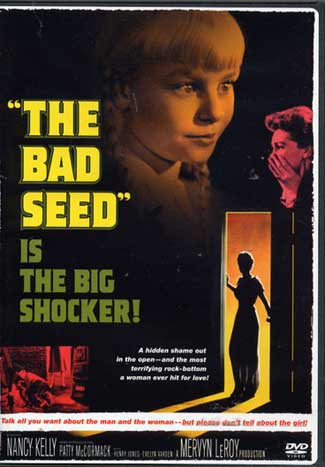 “The Bad Seed” graced theaters in 1956 in black and white. It may not have been a fully fledged horror film, but boy did it have some pretty scary stuff. The villain in the movie comes in the form of a young girl in a cute dress with pigtails who goes by the name Rhoda. Of course, initially her mother thinks she has a doll for a child but as bodies pile up and strange occurrences come up, she begins to think otherwise.

The 50s were considered to be a time of conservative living and proper manners. To see a child burn a man was not the norm nor was it something many were used to watching. The film was based on a novel and play in which evil Rhoda wins. The film changed the ending so that evil was demolished but it still doesn’t change the fact that Rhoda was one of the creepiest kids to grace our screens. 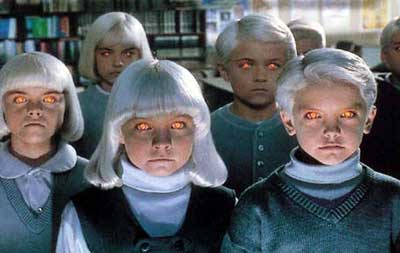 John Carpenter’s “Village of the Damned,” was remade in 1995 and starred Christopher Reeve and Kirstie Alley. A town’s female population becomes mysteriously pregnant after the entire town blacks out. Naturally, the children are not of the normal kind and are all born with white hair and blank personalities. The children form their own cult like group and pretty much eat, sleep, and hang together. Their goal: to take out as many adults as possible.

One scene that seems to never evade me is when the wife of Reeves sticks her hand in boiling water thanks to her terrifying daughter’s mind control power. I’m sure I wasn’t the only one closing my eyes and cringing during that scene. Who can forget Alley’s self-cutting death scene? It puts a whole new meaning to “the devil made me do it.” It’s more like the devil’s kid made me do it.

You can’t mention evil kids without talking about “Children of the Corn.” The children of small town, who also belong to a cult, are hell bent on killing and mutilating all the adults they come across. Isaac, their creepy leader, keeps talking about “he who walks behind the rows” as the ultimate savior of the children. Jesus he is not and is instead some demonic spirit that haunts the corn fields. 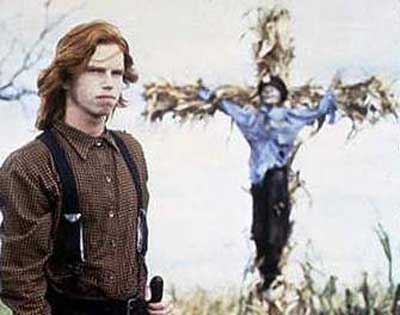 This movie gave me chills as I watched the horrific and crazy things these kids did. You can’t help but wonder what the hell you would do if the children in your town went all cultish. One kid is scary enough but, to have a multitude of them hunting you is enough to make me a wee bit nervous the next time I walk in to an area surrounded by children.

Imagine for a second that you adopt a nice, little girl thinking that all she needs is a good home and some family togetherness. At first, she seems like an angelic adolescent with a big heart. Alas, you come to find she has tried to kill your other children, your spouse, and you.

Oh, wait…and then on top of that, she’s not even a child. She is an adult that merely looks like a kid. If you’ve heard this scenario before then you’ve probably feasted your eyes on a very disturbing film called, “Orphan.” Yes, ultimately our villainous child, Esther, is not a child but, for most of the movie we assume she is. This doesn’t make any of her evil doings any less freaky and frightening. We witness her heinous actions as she attempts to off her brother and sister. She also tries to seduce her father all while driving her mother insane. Who wants a child like that? The movie offers twice the scare factor by incorporating a twist that many did not see coming. This is why this movie is one of the creepiest horror movies around. Esther is one creepy adult passing off as one creepy kid. 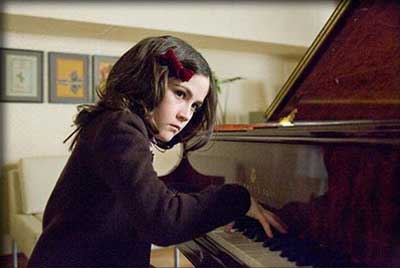 Of course, evil children have flooded other movies and will probably continue to make their way onto movie screens. Esther, Isaac, and others all share that common thread of creepiness mixed with pure cruelty. They are the type of children that know how to send icy chills down your spine. They may not have been born directly from the devil but, their actions resonate well with him. All these children want is to cause chaos and torture others for their pleasure. They are the “Spawns of Satan.” 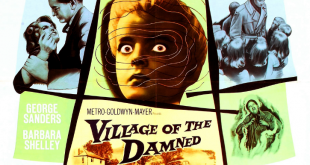