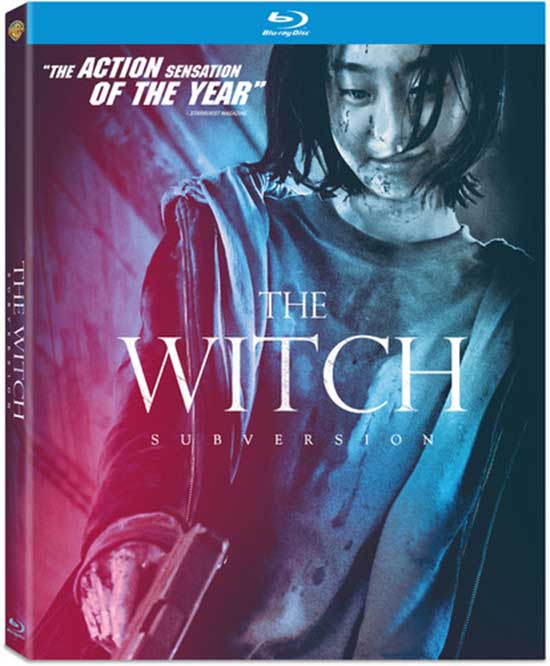 A high school student with amnesia tries to uncover what has happened to her. All leading her into deeper troubles ultimately revealing a darkness she could not have imagined.

From the writer/director Park Hoon-jung comes another ultra-violent offering, this time with a slight sci-fi twist. If the name rings some bells, you might be familiar with his work from such films as I Saw the Devil (Ang-ma-reul bo-at-da, 2010), New World (Sinsegye, 2013) or The Tiger (Daeho, 2015), and if you are familiar with the first of the three in particular, you might just have a some kind of inkling as what to expect.

Diverging slightly from his earlier subject matters of gangsters, serial killers and historic action dramas, Park takes a fair stab at the oversaturated superhero genre with a story of a high school student Ja Yoon (Da-mi Kim), who starts to discover some rather bizarre things about her shaded past. While she lives a relatively happy life with her adoptive parents and their herd of cows, Ja Yoon remembers nothing of her life before she came to the farm. This wouldn’t be a problem as such, but when she decides to enter a national talent contest in order to help her family’s struggling business with the prize money, all manner of weird strangers start cropping up in her previously quiet life. Ja Yoon soon finds herself on the run for her life and to find out the secrets of her past.

While the poster art and the trailer of The Witch piqued my interest, I have to admit that I was slightly dubious about what direction this tale of a teenage witch/superhuman would take. When summarised, the plot of the film sounds awfully familiar and I was somewhat concerned whether this was going to be a more of a teen drama about finding out who you really are, revealing a secret destiny, and all that clichéd nonsense that has been done so many times before. Luckily, while the The Witch might start that way, that is by no mean the main aim of the story and Park’s script has some nice little surprises in store. And while I can absolutely see this film going down well with teenage audiences, it is an equally enjoyable watch for the more mature viewer as well.

Some have criticised the film for it’s slow pacing and while I do recognise that there is perhaps some room for tighter editing, I personally appreciated the fact that the story is allowed the build up slowly without rushing into action, as is so often the case in this type of films. The relaxed tempo in the beginning gives the viewer time to get to know the characters, making the end twist that much more shocking. Once the action parts do get going there is not stopping them and the last third of the film is packed with well designed fight scenes as well as ample amount of bloodshed. The level of violence actually took me quite by surprise, but not in a bad way; just a pleasant add to an already interesting story. 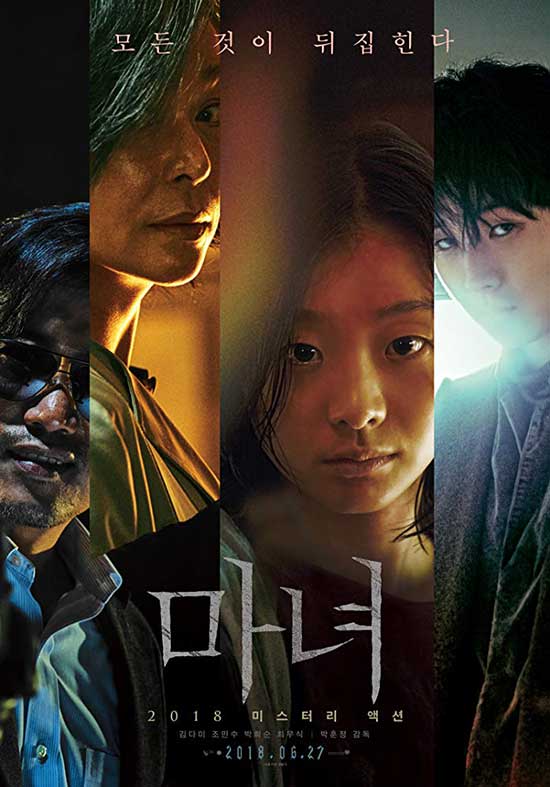 Performances are solid, Da-mi Kim doing a great job as Ja Yoon, skilfully balancing the two sides of a very divided character and making the switch from sweet and innocent to the polar opposite look eerily easy. Go Min-si as her best friend Myung-Hee also shines as the energetic and silly sidekick, adding a nice contrast to the more serious main girl. However, while the bad guys of the story are menacing enough, they do come across as slightly one dimensional. As plenty of time is taken for setting the scene and establishing Ja Yoon and the characters around her, similar attention to detail would have been nice with the antagonists of the story. Perhaps not to the same degree, but something more than evil smiles and tedious explanations of their heinous plans would have been nice. As it is, the nemeses come across a little bit like cartoon villains with only one character trait: being evil.

Little niggles of leisurely pacing and perhaps slightly underdeveloped villains to one side, as a whole The Witch is a very enjoyable watch. The story has enough meat on its bones to keep you interested, not only for the films running time, but also to look forward to the sequel. The action and brutality are both up to the same standard as Parks previous offerings and will therefore satisfy most fans of this type of ultra-violence. It’s a fun watch for anyone looking for gore packed action as well as those looking for something a bit different in the sea of generic superhero films.