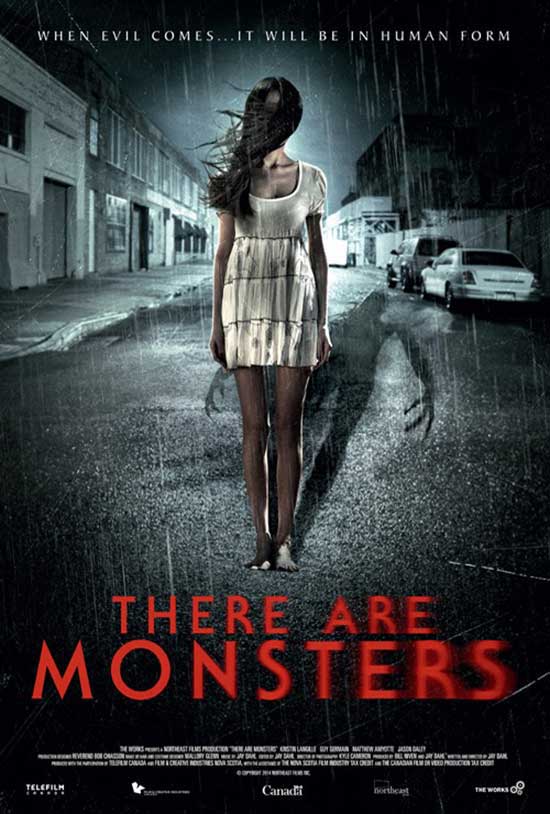 There Are Monsters is a feature length horror based upon the apocalyptic premise that the world is being taken over -slowly, quietly and efficiently- by creatures that look exactly like us. The story follows a graduate-student film crew who, on a work-related road trip, discover evidence of these doppelgangers. Soon the crew realizes something is very wrong as the world changes before their eyes, and their cameras. Shot in a documentary style, the film is a tense, realistic journey into a terrifying urban landscape.

What makes you certain that the people all around you every day – friends, family, colleagues, strangers on the street – are human? What if they were – something else – instead….?

This is hardly a new concept in the field of horror (or in science fiction and other genres), and numerous movies – some more successfully than others – have attempted to bring it to the movie screen. Notable examples include at least two versions of Invasion Of The Bodysnatchers, the earlier (1956) black-and-white version being directed by Don Siegel of Dirty Harry fame; and the superior 1978 attempt from Philip Kaufman, featuring luminaries such as Donald Sutherland, Veronica Cartwright and Leonard Nimoy (not to mention a largely pre-fame Jeff Goldblum). 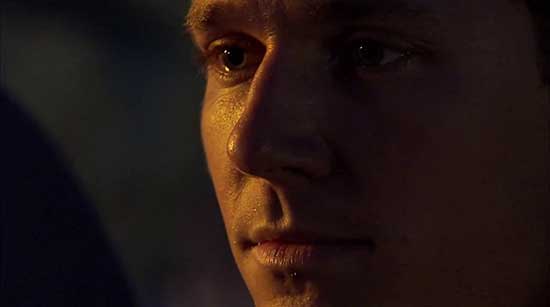 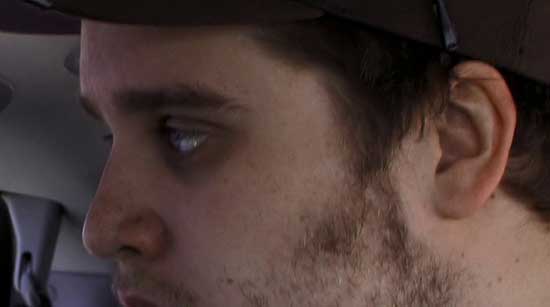 And who can forget John Carpenter’s seminal, chilling tale of fear and paranoia from 1982, The Thing – considered by far the best screen adaptation of this story (loosely based on the novella Who Goes There), easily surpassing the slightly hokey 1951 version from Christian Nyby and Howard Hawks; and the less said about the 2011 remake/reboot/travesty the better.

Which brings us to There Are Monsters, another paranoia-soaked entry into the genre from 2013. This Canadian production is actually an update and expansion to feature length for director Jay Dahl’s original 2008 short of the same name, albeit with an altered story; Dahl also wrote the screenplay and produced.

This time around we follow the exploits of a four-strong group of grad student film-makers as they travel round on their final documentary assignment, interviewing local residents and former students from their university. After a short but effective intro sequence we meet Dan, Jeff, Terry and the lone female of the group Beth. Straight away the viewer feels almost part of the tight-knit group of friends, thanks to some witty dialogue and – sometimes surprisingly for this kind of low budget movie – likeably natural performances.

Events begin to take a gradual, unsettling turn when the group witness instances of people in public places behaving oddly; facing away, completely motionless, and apparently unaware of their surroundings. Soon this is followed by an incident at a local junior school; one of the group, while jovially asking one kid about the contents of his lunchbox for the day, is quite understandably freaked out when these turn out to have far more (apparently human) hair attached than one would expect, as well as some rather raw-looking unidentified offal. The kid’s teacher, on being informed of her student’s somewhat cannibalistic repast, is rather too quick to dismiss this as a fondness for world cuisine than the group would like. 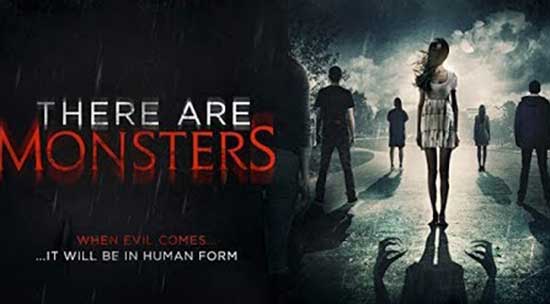 Other tense, creepy scenes follow – Beth gets a brief glimpse of two girls behaving very oddly through the door crack of the bathroom stall she’s using; soon after she has a strange experience while buying groceries, with a store clerk who seems a little too keen to get her to walk to the dimly lit rear of the store, and to the immobile dark figure lurking just beyond the translucent goods curtains.

Some members of the group seem to believe there’s something strange going on more quickly than others; there’s talk of the “Capgras delusion”, a genuine psychiatric disorder whereby a person can believe someone close to them has been surreptitiously replaced with an identical doppelgänger, most often for sinister purposes; and there are reports on the TV news about a mysterious and newly-diagnosed disease affecting the inner ear, leading to strange behaviour traits. 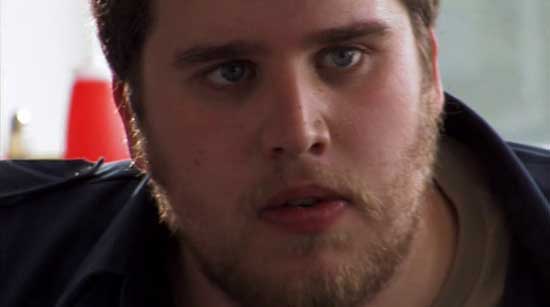 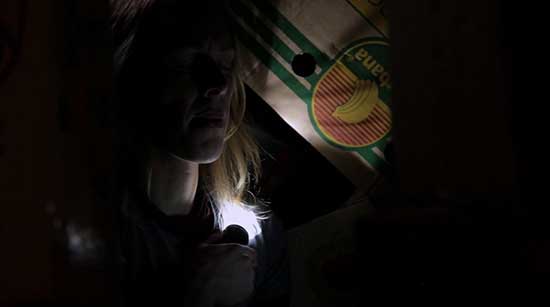 So far this movie has done a lot of things really well; the characters are likeable, so we feel as though we’re alongside them when things get weird. There is a subtle but ever-increasing sense of danger and paranoia infused throughout – some scenes invoke an odd sense of dread while showing hardly anything out of the ordinary, but with just enough off-kilter elements to set that tingle up the spine going; more than once I felt as though I was watching a David Lynch movie. And the movie’s obviously not blessed with a huge budget but it uses its resources well for the most part.

There are a few downsides though; most notable is the increasing use as the film goes on of a pretty poor visual effect, when some of the “photocopied” – as one character refers to them – people start to attack the group. This is basically a CGI twisting of the face in an attempt to give a sinister, outlandish smile; and honestly it’s so poorly done that they would have been better off just leaving the already creepy expressions some of the character actors use. Picture a slightly worse version of the faces in Soundgarden’s Black Hole Sun music video from 1994. Thankfully it’s only used for very quick jump-scare shots; it’s a shame as there are some other special effects and gore sequences that actually look very good and otherworldly. 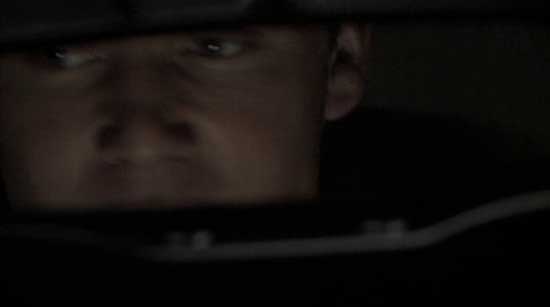 There’s also an issue which affects quite a few movies of this type – it isn’t quite sure if it wants to be a found-footage movie or not. Some scenes are filmed on the group’s own camcorders; others are shot from an outside point-of-view and it never quite gels together. And you’d have to have never seen another movie of this type to not suspect from very early on that at least one of the group have potentially been taken over.

That all being said, this is a fairly charming little low-budget exercise in paranoia and suspicion; while it’s never going to join the greats at the top of the genre it does a terrific job with limited resources of creating an atmosphere rife with dread and suspicion and is well worth a viewing.