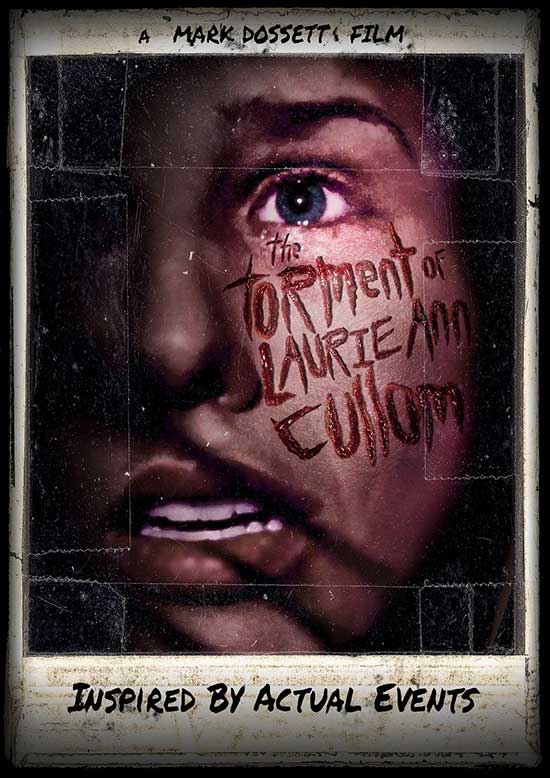 TERROR FILMS has set a release date for the long gestating 80’s horror film The Torment of Laurie Ann Cullom.

Inspired by actual events, director Mark Dossett’s critically acclaimed indie horror film is set to debut on digital platforms this March 2nd, 2020. The film, which first began its festival run in 2014, has been praised by horror critics.

Morbidly Beautiful stated, “The Torment of Laurie Ann Cullom is an extremely satisfying watch. It’s a well-made horror film with a well-placed nod to Halloween, a villain who resembles Kane Hodder and a great soundtrack and musical score that effectively represent the era. There are creepy moments, scenes that are hard to watch and a well-paced build-up of events all surrounding a sympathetic lead character. That’s what makes this film such a great watch for horror fans.”

This sentiment was shared by fellow genre critics including by Horror Fuel who called the film – “one of the best slasher movies of the year” – and Horror Society who proclaimed the film was “a triumph for old school horror”.

When asked why he waited so long to distribute his feature film debut, director Mark Dossett had this to say: “I had four previous distribution offers before signing with Terror Films. I had everything from one distributor telling me they didn’t like the name of the film and they would figure it out once I signed. Another one quoted me on the phone their recoupable expense amount and then when the contract was sent, it was double that amount. So, at the end of the day, it all came down to trust. I didn’t trust any of them. After talking with Joe, I realized he and his staff were also indie filmmakers and that we would work together on everything from the poster to the trailer. That gave me the trust that I didn’t have with the others to go ahead and sign with Terror Films.”

The release will span over several months as it becomes available across digital platforms. Digital platforms hosting the film include: Prime Video, Tubi TV, Google Play and many others. In advance of the release, TERROR FILMS is debuting the newly revised trailer and poster here.