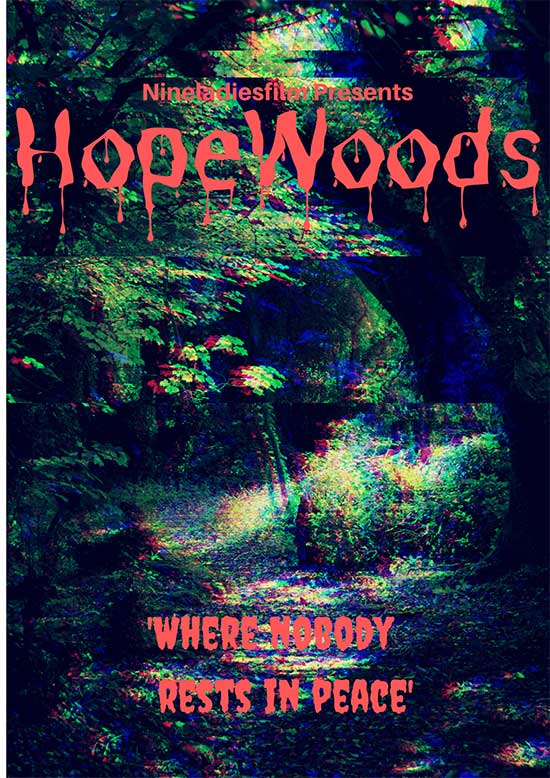 2020 marks the return to the genre which launched NineladiesFilm in 2015 with the announcement of their new psychological horror film HopeWoods.

Hopewoods follows the story of Jason, who is following up on the recent disappearance of a friend. Faced with opposition and blatant confrontation in his search for the truth, he is eventually befriended by the mysterious Harry, who warns Jason that his quest will not be easy, the area known as Hopewoods is regarded as a place of hauntings, having in the centre of it, the remains of an asylum that has long since been destroyed.

The film is currently in pre-production, with filming scheduled for the Spring. It is hoped that the film will premiere at the up coming Wirksworth Film Festival in late July 2020.

For further information on the film please see