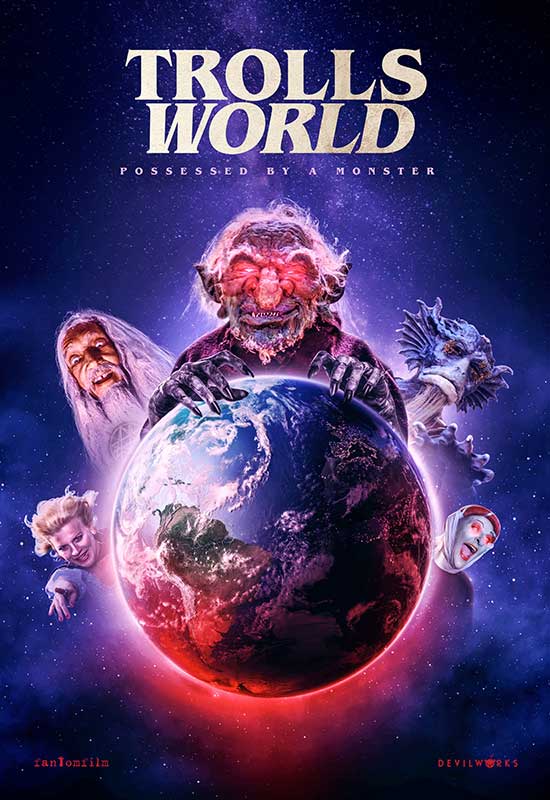 Genre sales specialists Devilworks reveals new artwork and trailer for ‘Trolls World’ that will be launched at EFM in Berlin, February.

A German production shot in English, the film was produced by Fantomfilm GmbH, with Eva Habermann (Sky Sharks) and Alexander König leading the production.

The film was penned by Eric Hordes and Alexander König.

Packed with special effects and multi-dimensions, Trolls World follows an evil troll who is accidentally brought back to life and is out for revenge for his 700 years of suffering. He possesses the body of a young woman and sets his sights on unleashing an army of trolls to take over the world.

President at Devilworks Samantha Richardson said ‘’This is entertainment all the way; creatures, trolls, witches, legends….Trolls World is brimming with fun and adventure’’.