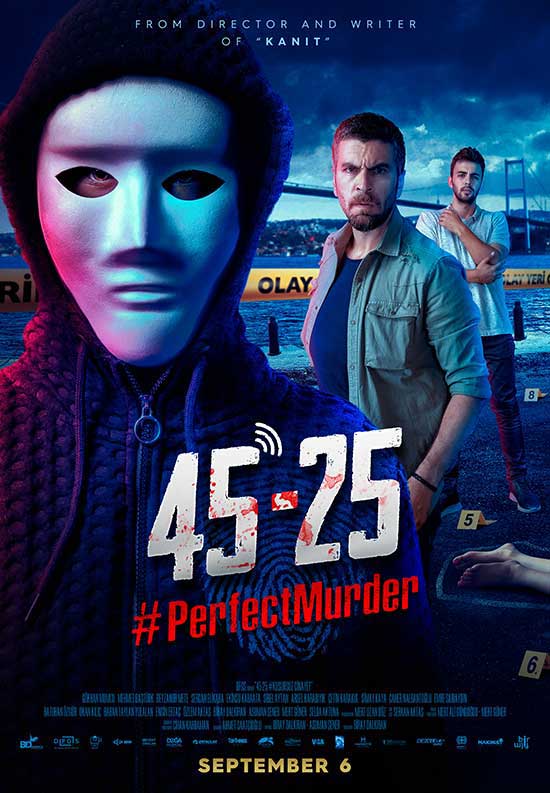 TV crime series “KANIT” ( Evidence) broke rating records and published between the years 2010-2014 in Turkey. The same team who brought this awesome TV series comes up with a continuation movie named “45-25 #PerfectMurder” got full marks from crime movie lovers. 45-25 #PerfectMurder, with its clever scenario and successful cast, is streaming now on amazon via Biray Dalkiran DFGS America.

While the social media phenomena were brutally murdered, evidence after each murder shows that the killer was the next victim. Istanbul Homicide Bureau detectives are faced with a clever killer and a puzzle that seems impossible to solve, for the first time. They will either catch the killer before the circle is complete or witness the world’s first series of perfect murders.