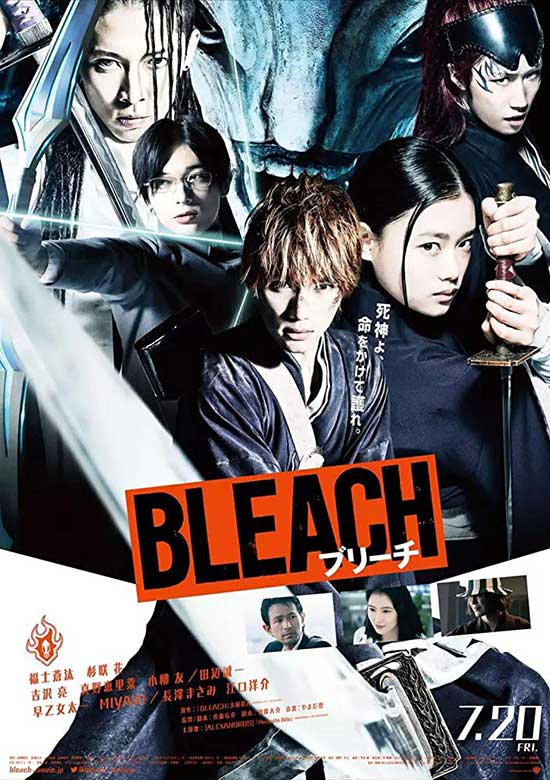 A Japanese teenager can see ghosts and sees a cute girl fighting an evil monster. He ends up with her reaper power and she as human in his high school class. He discovers a connection between his mom’s death and these monsters

The director Shinsuke Sato is back with yet another live action adaptation of a popular manga series, this time tackling Tite Kubo’s Bleach.

The story follows a high school student named Ichigo Kurosaki (Sôta Fukushi) who is blessed with the special ability to see ghosts. One evening, while dealing with a confused soul that has found his way into Ichigo’s bedroom, things take an unexpected turn when the room is suddenly entered by a young katana-wielding girl called Rukia (Hana Sugisaki). After helping the baffled lost soul find its way to the afterlife, or “Soul society”, she explains that she is a “Soul Reaper”, a kind of a grim reaper who, besides helping the recently deceased find their way to the other side, also keep the place safe from creatures called “Hollows” (people who have died with a grudge and have turned into soul eating monsters) by purifying them.

As it happens, one of these critters is lurking around the area and attacks Ichigo’s home after sensing his high spiritual energy. Rukia and Ichigo spring to action, but after Rukia gets hurt, she is forced to transfer her powers to Ichigo so he can finish what they started. While Inchigo fairs surprisingly well for a human, the pair soon encounter a new problem, when Ichigo is unable to return Rukia’s powers to her and is thus forced to work as her substitute while they find a solution for this predicament.

Kubo’s manga series spanned nearly 700 chapters over its 15-year run, so needless to say that a simple 108-minute film adaptation is only going to touch a very small part of that; in this case the early days of the manga. Not having read the original material I cannot comment on how the film compares, but I will say that even without reading it, I had no issues with following the story.

Everything is told in straight forward manner that is easy to get into even with no prior knowledge of this particular universe. However, I will also say that I am perhaps not quite the target audience for this and personally found the parade of too-cool-for-school type characters quite tiring. Had I seen this about 15 years earlier, I might have thought differently, but as I am no longer a teenager, I found myself looking for at least one believable character, or at least one that would look their age (yes, I know some of them are non-human and all that but there’s also an awful lot of high school students that look like they should have graduated roughly 10 years ago).

These little niggles aside, Bleach does offer some semi decent entertainment. The story moves at a fairly good pace and is certainly not short of action. The special effects are of good quality and the Hollow’s are especially nicely executed, bringing to mind some of the monsters seen in Studio Ghibli’s films. There’s nothing too gory or scary either, so it’s a reasonably safe bet for your family film night. 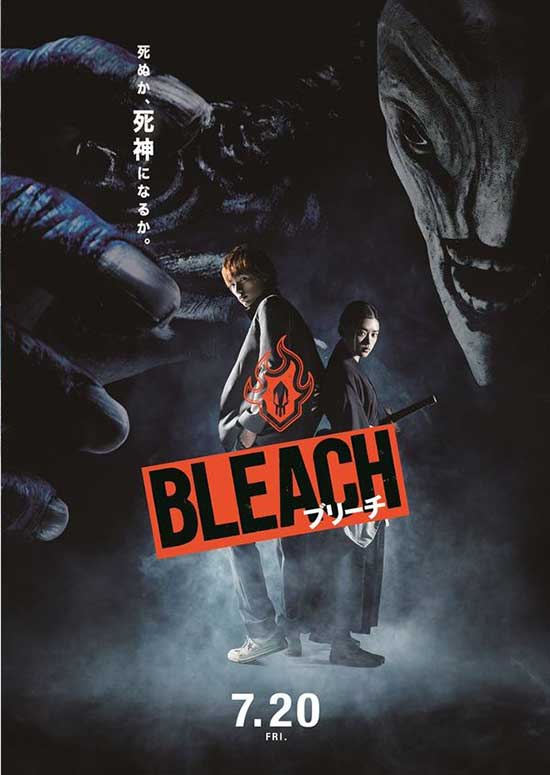 I did feel that end battle dragged on a smidgen too long and had it been 15 minutes shorter it would have kept my interest a little better. As it stands, I did find my mind drifting somewhat and was quite relieved to see the end of it. That being said, I’m sure that fans of action-packed comic book movies would be more than satisfied with the glossy looking final scenes.

On a personal level I was not hugely impressed with Bleach. The lack of any kind of meaningful character development made most of the film painfully boring viewing and not something any amount of action or sleek CGI could save. 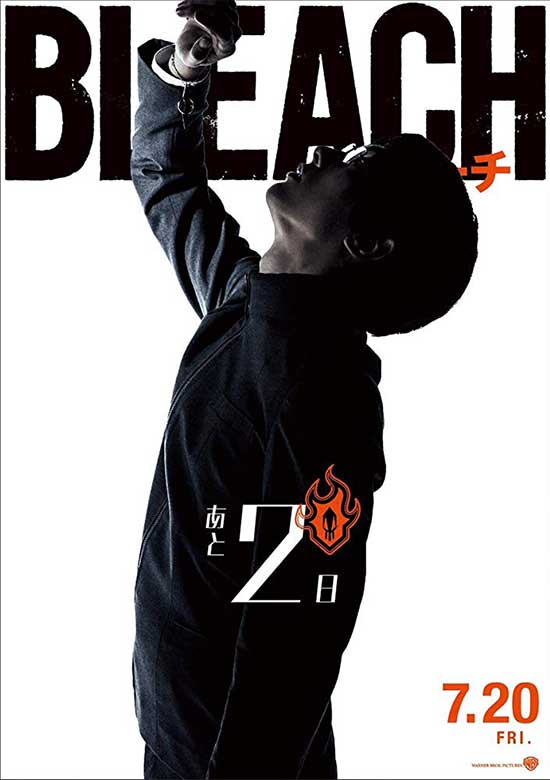 I know that films like Bleach are not really made to be deep character studies, but at least little bit depth would have been nice. As it is, I would file Bleach under the thoroughly underwhelming and easily forgettable. Potentially a fun watch for action fans, but those looking for a bit some substance, maybe not so much. 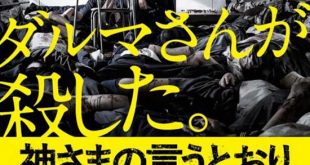