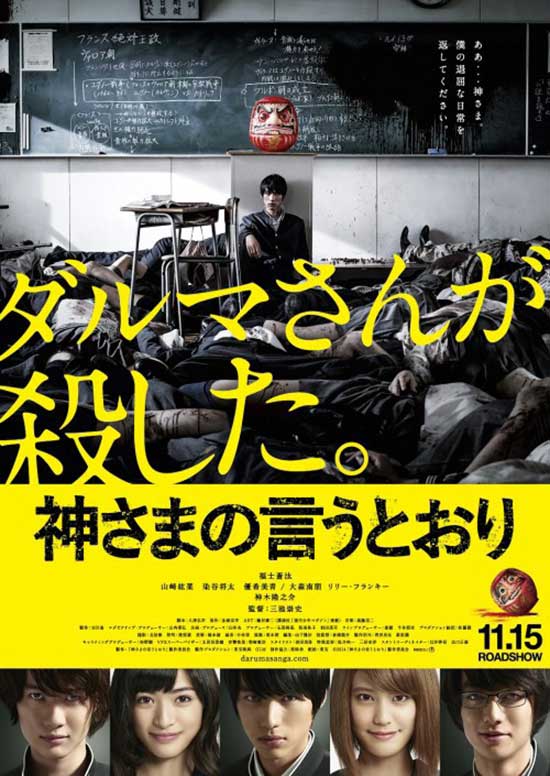 As the Gods Will is a movie starring Sôta Fukushi, Ryûnosuke Kamiki, and Shôta Sometani. A group of high school students are forced to play a game of death without knowing who, why or how.

I’ve reviewed a couple of Takashi Miike films now, and granted I’ve only carved into a mere fraction of his extensive catalog, but I can safely say he’s one of my favorite directors of all time. Most prolific directors have a certain signature to their films, whether genre, cinematography, character types, or a certain affinity for homage. While Miike certainly has a style (I believe the academic term is “zany”), he is completely unpredictable in his selection of genre, technique, and atmosphere. He can craft unbearable tension leading to traumatic gore in things like Audition and Imprint, and yet he pulls off musical theater (Happiness of the Katakuris), superhero movies (Zebraman) and action manga nonsense (Crows Zero) with the same amount of dramatic flair. No matter how off-kilter or seemingly tame the subject matter may appear, Miike is a guy who will step in, deliver the goods, and still somehow make it his own. You can say a lot of things about Miike, but if he has a distinctive signature at all, it’s his ability to surprise.

Speaking of surprise, As the Gods Will kicks things off with a real bang. We begin in a classroom full of screaming students, watching their classmates’ heads explode as a possessed Daruma doll engages them in a murderous game of Red Light/Green Light. Among them is Shun, a regular high school student who only hours ago was eulogizing his boring life, and is now forced to play along with his classmates, who are popping off in a spray of red marbles (a very cool effect) every few seconds. His only ally seems to be the cool guy Satake, and working together, they win the game and bring the carnage to an end. They share a tender thumbs-up of friendship, and we look forward to the shenanigans these two charming youths are about to get into. And then Satake’s head explodes.

This splashy opener really sets the tone for what we’re in for. The school is suddenly invaded by demons that force them into schoolyard games where the losers are literally eliminated, and the winners go on to the next course. The demons look like friendly totems and simple toys that are common in Japanese culture, only much bigger and gleefully bloodthirsty.

The most harrowing of these encounters comes with the second game in the school gymnasium, whose rules simply state “put the bell on the cat and it’s over.” What emerges is an enormous beckoning cat statue that looks frozen in its waving pose…till its huge head pops off a spring and swallows a student whole.

Shun navigates his way through these trials, picking up companions along the way who often help him carry on to the next game. Ichiko is the girl next door and Shun’s longstanding crush, a sweet and sharp girl who has more survival instinct in her than her cute face would reveal. Then a romantic rival (?) appears when Shun encounters Shoko, his childhood crush who transferred schools years ago. She seems to exist only to cower in corners and be a fragile little doll (with admittedly beautiful hair) until the plot remembers she should have a purpose, which (spoilers) doesn’t end well.

Shun’s most persistent and troubling ally is Amayo, who we initially meet at the start of the film beating up a classmate with an enigmatic coldness. Amayo is the kind of over-the-top bully that would make Stephen King blush, a maniacal psychopath whose only drive is dominance and who expresses deranged joy at others’ suffering. He’s also framed as devastatingly sexy, with his tousled hair over his eyes and that charming twitch in his lip when he’s really getting off on something awful, which is…conflicting. Amayo carries that other insufferable edgelord trait of being ahead of the game every time, so he manages to follow Shun and often assist him at every turn. Apparently, Amayo has been preparing for a day like this all his life, when finally his skills of being the smartest and most mercenary guy in the room can be put to good use. A useful ally, for sure, but a disturbing one. 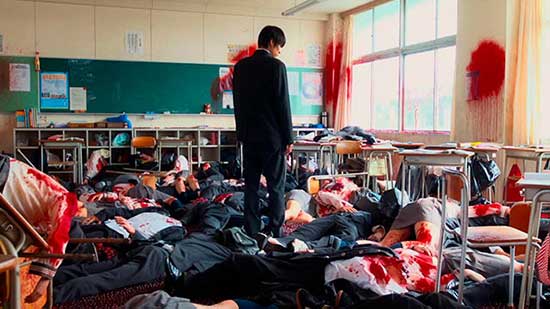 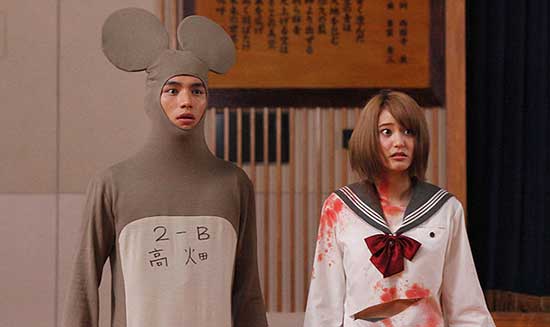 Meanwhile on the outside, there is a media frenzy covering the situation happening in high schools all over the world. While they keep throwing the word “terrorism” around, the threat is obviously alien in nature, as confirmed by the looney with crazy hair ranting on TV. Somehow, footage of the incidents inside the blocked-off schools leak to the outside, and as the media struggles to piece together the mystery of the events, people begin calling the survivors “God’s Children.” And that’s maybe not such a great term to dub a narcissistic teenager who already has a god complex and a taste for violence.

As the Gods Will is a bloody blast from start to finish, with great acting, creative gore, exciting cinematography, and a uniquely engaging hook. You’re always wondering what the next trial will be, and what smiling nightmare will be your next challenger. The totems are all very well done CGI, and each express distinct personalities with their movement, from the wobbling Daruma to the top-heavy Kokeshi dolls. My personal favorite is the giant wooden polar bear on a snowboard, which sounds sillier than it actually is. The bear looks like something you would pick up in a quaint gift shop, and he’s lovingly animated to the effect that it really looks like he was whittled from a single piece of wood. He moves with craggy stop-motion effect, his expressions turning from friendly to angry in an instant, both adorable and ominously unpredictable. 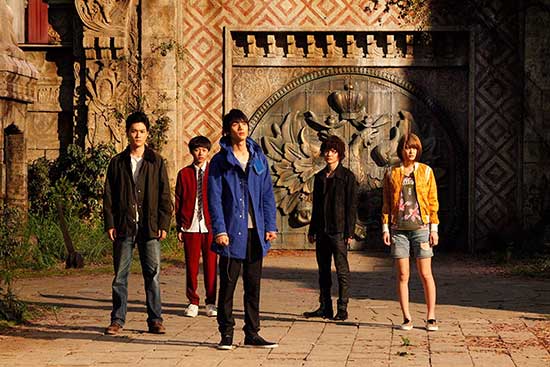 I would recommend this movie to anyone who is looking for a good time, especially for your movie nights with friends. The story isn’t too heavy and the action keeps an engaging pace throughout. The humor is dark and the emotion is effective, all the while shot beautifully and performed with sincerity and a good sense of fun. If you like your horror fast and furious with a touch of weirdness (who doesn’t?), As the Gods Will is a thrill ride even the most squeamish can enjoy.