Nightstalking a Cynical and Bloodless Establishment with Carl Kolchak

From the silent era to the late 1960s, vampire films, generally, took place in the past. During the 1970s, production houses, looking for something to spark life into tired horror movie formulas, moved vampires to modern days. Count Yorga, Vampire (1970) scored a massive hit for American-International Pictures proving audiences were intrigued by the concept. Blacula (1972) and Dracula A.D. 1972 (1972) continued the approach. 1972’s The Night Stalker adapted Jeff Rice’s vampire-in-Las-Vegas novel for television and scored another hit.

Unlike the other then-contemporary vampire films, the focus in The Night Stalker, both the novel and the TV movie, was more of a story about the vampire hunter than one about the vampire. The intrepid newspaper reporter named Carl Kolchak, played brilliantly by Darren McGavin, becomes an atypical monster hunter and one whose motivations are often self-serving as opposed to selfless. 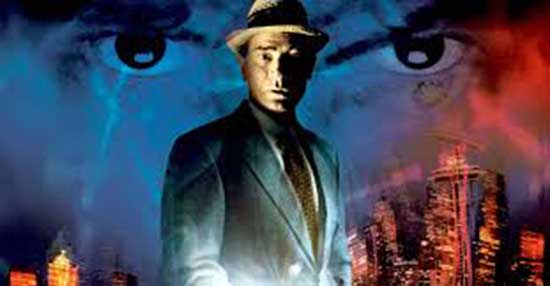 Kolchak, unlike other vampire hunters, finds himself dealing with formidable obstacles when searching for answers. In The Night Stalker, the vampire often comes off as a peripheral antagonist. The real antagonists to Carl Kolchak are the establishment: the police and city hall officials who provide little help with solving the problem. Their adversarial attitude towards the working-class reporter adds a level of cynical realism so often missing from fantasy-oriented vampire tales.

Cynicism and Realism from the Beginning

The Night Stalker sets a stark tone right from the outset, and the tone embraces realism. The ABC network feature’s open leads the viewer to feel like an invisible observer to unfolding real life. The viewer hides behind a curtain and watches Carl Kolchak going about his mundane business while a tape recorder plays in the foreground. It becomes impossible to ignore the dripping cynicism in the reporter’s voice as the recorder plays and recounts a fantastic tale. Kolchak openly mocks the fact that the “powers that be” suppressed the facts about the “manhunt” in Las Vegas. A manhunt, the viewers will soon learn, involved a vampire named Janos Skorzeny.

When did Carl Kolchak first speculate something was very out of the ordinary with a series of Sin City killings?

At a murder scene, daylight, ironically, pulls away realism and reveals the fantasy element. Police discover a woman’s body in a sandy area with many peculiar details. How did the victim die of massive blood loss when there’s no blood at the crime scene? The victim’s body also lies in an area with no footprints, far away from a location where footprints indicate a struggle. Was she thrown? If so, the perpetrator possessed superhuman strength.

Kolchak immediately knows something well out of the ordinary is happening in Las Vegas. So do the police and local politicians. In an attempt to explain the inexplicable, “If it happened, It’s possible,” intones Claude Akins’ Sheriff Butcher. 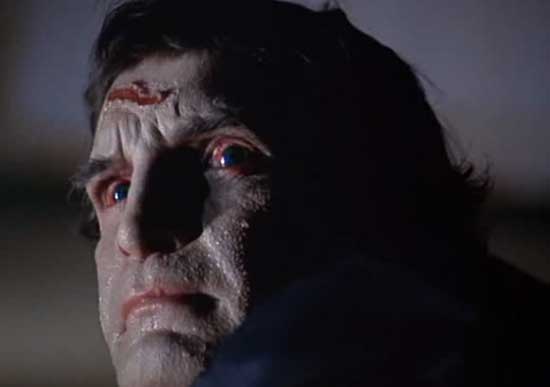 Kolchak, however, is the only person willing to tell the true story and address the impossible reality. Nobody wants Kolchak to report the truth or get to the bottom of it. Even his boss, Tony Vincenzio, discourages him. As more the patterns emerge about the incredulous truth, per Kolchak, “people stopped talking.”

And the Establishment Played On

Carl Kolchak’s personality is, honestly, grating. Perhaps his somewhat abrasive nature reflects a necessary trait for an old-school reporter. Abrasiveness, however, isn’t what the establishment finds troubling in Kolchak. The Coroner, the District Attorney, the Police Captain, and the Sheriff, people who should appreciate Kolchak’s assistance, despise the reporter. They find him more of a nuisance than the vampire. At least the vampire wants to keep the truth quiet, like everyone else.

The dictate to suppress the news occurs to avoid panic. “Bad for police operations. Bad for people. Bad for business,” an outrageous comment delivered by the District Attorney, no less!

Kolchak finds their attitudes appalling and….expected. The vampire might be the new element, the fantasy element he’s dealing with, but Kolchak has a “been there before attitude.” He’s dealt with these types of authority figures, time and time again. Kolchak knows they serve a different master than the public good, and this offends Kolchak. Irony exists here. Kolchak shares some of their self-serving nature. 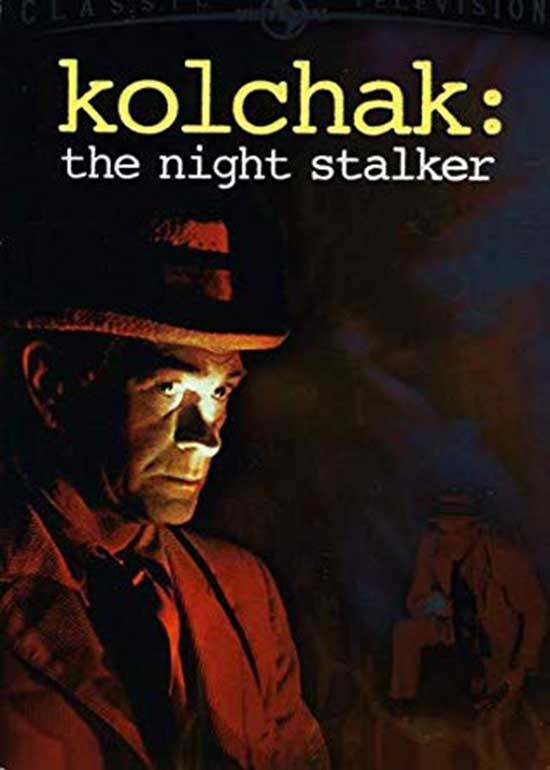 For the Greater Good and Personal Profit

The realism permeating The Night Stalker extends to Carl Kolchak’s intention to profit from his good deeds. Kolchak makes no secret about his desire to get back to a big city paper in New York. Editor Vincenzio even questions Kolchak’s motivations for pushing for the truth. Kolchak doesn’t hide his desire to cash in, but he downplays his motives. “What does it matter what it means to me?….we’re suppressing information,” Kolchak says.

There’s a paradox present here. Kolchak wants to profit from his work, but he also understands there are greater things at play. Kolchak suggests, the establishment is “so afraid of appearing stupid,” their attitude makes it impossible to do what becomes necessary for “nailing him.” Kolchak seems conflicted, but he isn’t. You can’t call him the reluctant hero because he never shirks from his responsibilities to take the helm and hunt down Skorzeny, and he even places himself in great danger to do so. If no one else will stop Skorzeny, Kolchak will do it alone. And he alone will embrace the duty of the press – to keep the public informed. 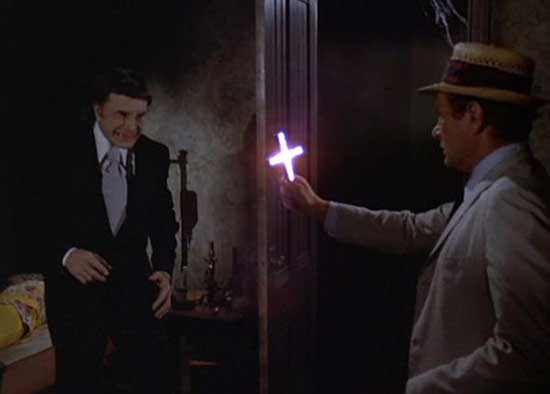 Kolchak is not motivated solely by personal gain. If he were, he wouldn’t risk his life venturing alone into the vampire’s lair at night. Kolchak, however, feels he deserves compensation for his risks. Maybe it is only fair he receives it. Perhaps this infusion of “everyman” realism is what makes the character so endearing.

Is Kolchak too hard on the establishment, though?

Establishing and Maintaining the Status Quo

Concerns over the disastrous impact on tourism factors into the establishment’s desire to suppress the news about a vampire on the loose. However, is there much of a difference between a supernatural vampire and a copycat human killer? Theoretically no, but the tactics required to catch a vampire differ significantly from what becomes necessary to subdue a vampire. Kolchak tries to drive the point home that the police must treat Skorzeny as a vampire to bring him down. An overbearing Kolchak points out they should listen: “Because I know I’m right. And you know I’m right.” 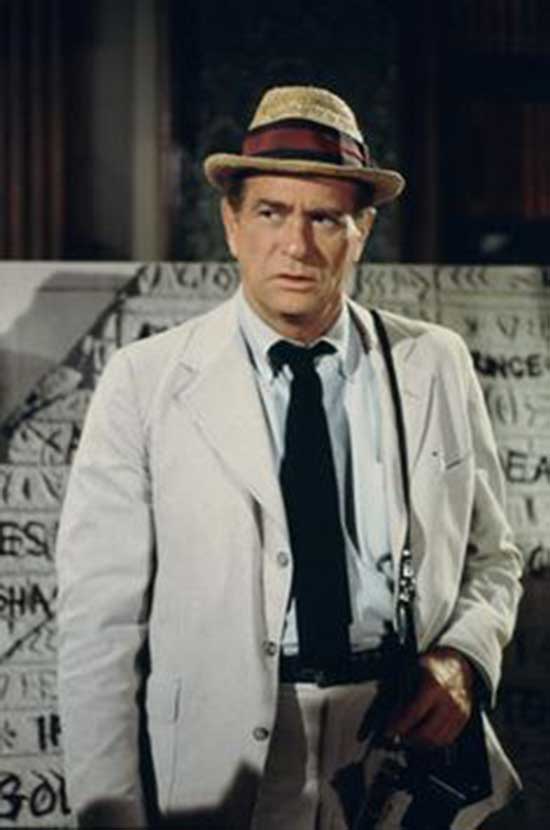 No one can argue the establishment wants to keep the public safe. While the establishment refuses to accept the reality of a vampire stalking Las Vegas, they never shirk the responsibility of bringing Janus Skorzeny to justice…or shooting him as he resists arrest. They are ineffective in their methods, but they are unrelenting in trying to do their jobs.

And who can blame them for not believing Janos Skorzeny is a real vampire? The Night Stalker takes place in a world where the only fantastic element is the vampire. Remove the vampire and the story’s Las Vegas is no different than the real Las Vegas. While true, Kolchak’s story remains unbelievable. The reporter whose life revolves around facts can’t grasp the fact his story is, at best, Weekly World News material and not something capable of winning a Pulitzer. True or not, people have to believe the story. And most people won’t. That’s the unfortunate reality.

The establishment has to put the story to rest. And Kolchak, too. 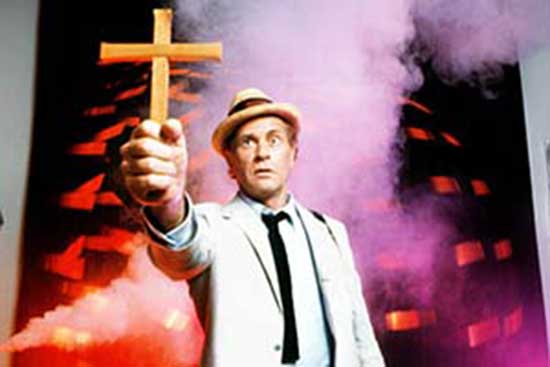 In the end, Janos Skorzeny is gone, and all who know the truth have “Left town, aren’t talking, or are dead.” The establishment concludes that revealing the truth about vampires in the modern world comes with too many repercussions. Hiding the truth and leaving people at risk to vampires and other creatures represents an acceptable risk. 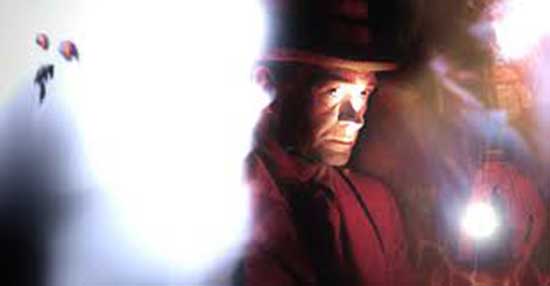 Not acceptable is the risk Carl Kolchak presents to Las Vegas. The establishment hangs a murder wrap over his head to force him out of Las Vegas. Let him become someone else’s problem. Thanks for the good work, Carl. No one appreciates your efforts, though.

Good guys can save the day, but they don’t always win. 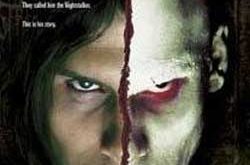 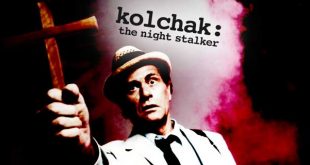 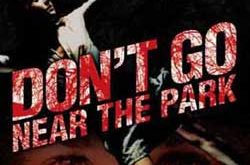