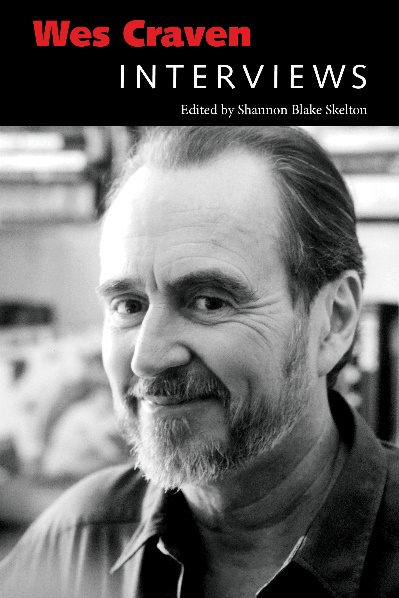 LECTED INTERVIEWS WITH THE PIONEER
OF THE MODERN HORROR CINEMA AND DIRECTOR OF THE LAST HOUSE ON THE LEFT
, THE HILLS HAVE EYES, A NIGHTMARE ON ELM STREET, AND SCREAM

With a career spanning four decades, Wes Craven (1939–2015) bridged independent exploitation cinema and Hollywood big-budget horror. A pioneer of the modern horror cinema, Craven directed such landmark films as The Last House on the Left, The Hills Have Eyes, A Nightmare on Elm Street, and Scream—considered not only classics of the genre, but examples of masterful filmmaking. Producing an impressive oeuvre that mixed intellectual concerns and political ideas, Craven utilized high-tension suspense, devastating visual brutality, and dark humor to evoke a unique brand of fear. Moreover, his films draw attention to the horror of American society—namely racism, classism, and the traumas often associated with family.

This collection of twenty-nine interviews—spanning from 1980 until his final interview in 2015—traces Craven’s life and career, from his upbringing in a strict religious family and his life as an academic to his years toiling in exploitation cinema. The volume also chronicles Craven’s ascendancy as an independent director, his work within the studio system, and his eventual triumph in mainstream cinema. Within the interviews gathered here, including three previously unpublished pieces, Craven reflects on failed projects and the challenges of working with studios while offering thoughtful meditations on the dynamics and appeal of horror. Wes Craven: Interviews cements Craven’s legacy as a master of horror who left an indelible mark on the genre by forever altering expectations of—and approaches to—the cinema of fear.

Shannon Blake Skelton is assistant professor at Kansas State University, where he teaches classes in theater history, film studies, and dramatic literature. He is author of The Late Work of Sam Shepard.