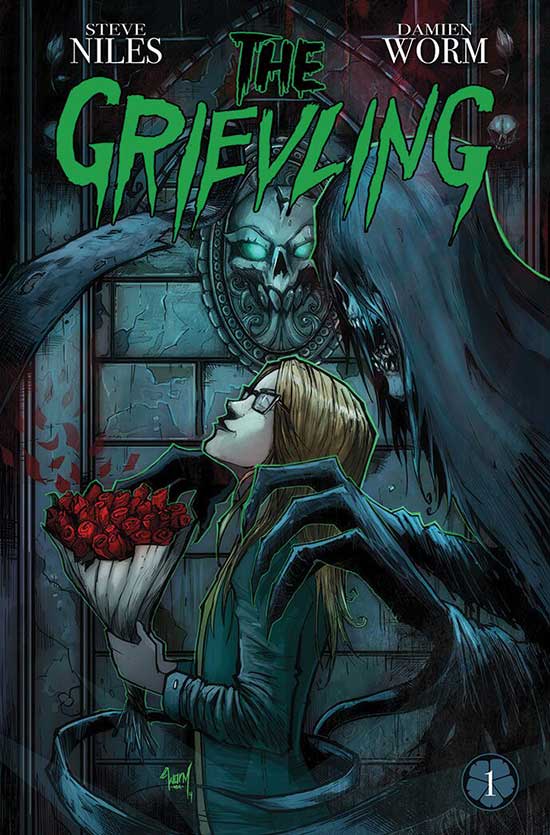 This April, Clover Press brings you The Grievling, a brand-new horror series from the team behind the graphic novel that inspired Netflix’s new show, October Faction. Steve Niles (October Faction, 30 Days of Night) and Damien Worm (October Faction, Monster & Madman) return to your nightmares with a new story of death and revenge. The Grievling tells the story of a young girl who dies in a graveyard returning to life to seek vengeance on the people who left her for dead.

“I’m very excited for The Grievling and thrilled to work with Clover Press”, says The Grievling co-creator Steve Niles. “It was great to create something new with Damien Worm. We’re giving a nod to horror revenge films like Theater of Blood and Dr. Phibes but with a twist. Can’t wait to see what people think.”

Told across two oversized issues, The Grievling is a new, completely stand-alone story. Each issue will be 48 pages, with the first releasing in April of 2020 and the final issue coming in May.

“I’ve been Steve’s publisher since 2001 when we published 30 Days of Night at IDW and we’ve been friends even longer than that. The October Faction TV show was the last show I worked on at IDW before I left to start Clover. So, working again with Steve and Damien was a priority for me and I’m glad they brought The Grievling to us. I hope it’s the first of many Steve Niles and Damien Worm projects to find a home at Clover,” said Ted Adams, Clover Publisher.

You can find future updates from Clover Press on Facebook, Twitter, and Instagram, and to learn more about Clover you can get inside information from each Clover Team member by signing up for the newsletter here: tinyurl.com/cloverpressnews.