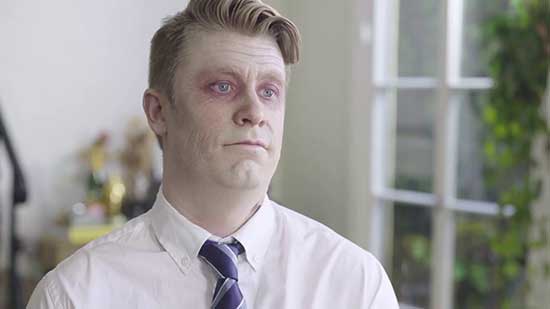 More short films, kiddies! Today we have THE VEGAN ZOMBIE, and while my copy doesn’t have the full credits, as best as I can figure the film is written and directed (and possibly stars) Greg Ash.

Created by Total Heroes TV, the film is a mockumentary (and I do so love this style of filmmaking) about Colin, a young zombie just trying to make his way in a world that fears him and his kind. This film is a look at a day in the life of a friendly vegan zombie.

See, Colin has been vegan for decades before he became one of the undead. His life didn’t change much after he died. I mean, his wife left him and he lost his job and had to sell his house and all his friends abandoned him, but I mean other than that…. 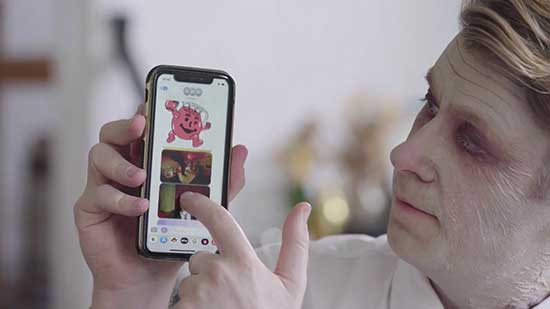 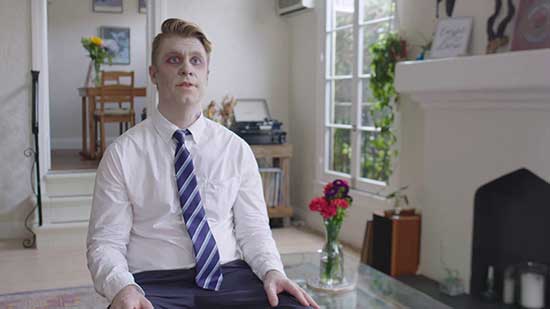 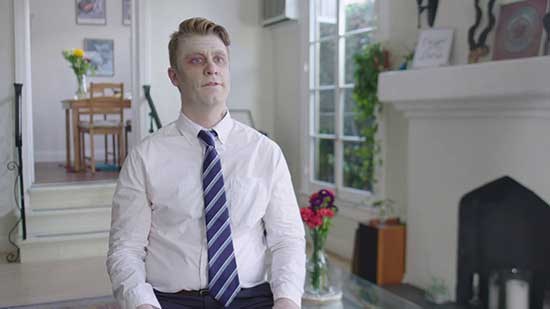 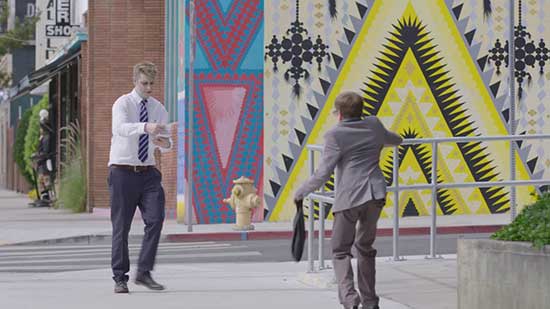 Colin faces prejudice from the living every day. He can’t go to the shops, or walk down the street without having to face the fallout of the stereotypes the living have about zombies. So he launched a one-zombie crusade to spread awareness of the plight of friendly zombies. He diligently goes out each day, handing out pamphlets on the organization and his mission.

I love the idea of a zombie activist, trying to change the preconceived notions about what it means to be undead in the living world. As you can imagine, Colin’s mission isn’t gaining a lot of traction but he’s still hopeful.

If one was so inclined, you can almost replace the word “zombie” with any other sort of designation you chose and the film still works. The social commentary in the story isn’t disguised, but it doesn’t beat you over the head either. That’s a big part of what makes this film work, I think.  Its a comedy, no question about it, but a lot can be read into and inferred on other subjects.

Total Heroes TV has a You Tube channel and Instagram where you can find out more about their other projects. I really enjoyed this one, and I’m gonna take a look at some of their other stuff.