This March, prepare to see the greatest moments of Marvel’s 80-year history told like never before! In MARVEL SNAPSHOTS, industry legend Kurt Busiek will bring together incredible creative teams for eight standalone, double sized issues showcasing Marvel’s most beloved characters from the golden age to today. Like 1994’s critically acclaimed MARVELS series, MARVEL SNAPSHOTS will be tales told through the eyes of ordinary people, offering unique insights on the legendary mythos of the Marvel Universe. MARVELS SNAPSHOTS also reunites Busiek with renowned MARVELS co-creator Alex Ross who will be providing the series with his iconic painted covers. 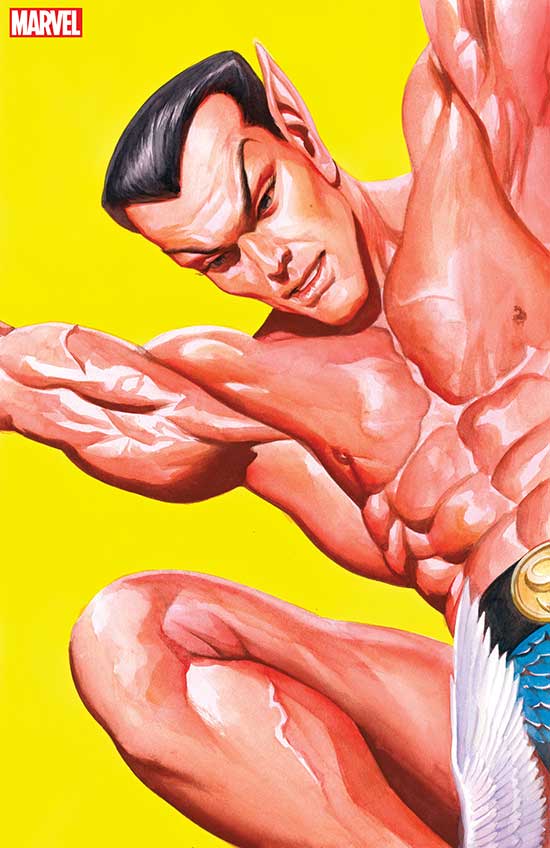 It all begins with SUB-MARINER: MARVELS SNAPSHOT #1 when best-selling novelist and Emmy Award-winning TV writer Alan Brennert (L.A. LAW, TWILIGHT ZONE) and superstar artist Jerry Ordway (ALL-STAR SQUADRON, CRISIS ON INFINITE EARTHS) unite to tell an unforgettable story about Marvel’s original antihero: Prince Namor! Set circa World War II, things kick off with an action-packed tale featuring Namor, Betty Dean, and the All-Winners Squad–a dream come true for Brennert. “I can honestly say that I enjoyed working on this story more than any comics story I’ve done in years. I grew up reading (and loving) Marvel’s Golden Age heroes in the 1960s, in reprints in FANTASY MASTERPIECES. But I never thought I’d have a shot at writing them–especially the All-Winners Squad!–and I’m grateful to Kurt Busiek and Tom Brevoort for providing me the opportunity, and to Jerry Ordway for bringing it all to glorious life,” Brennert says. “I’m enormously proud of ‘Reunion’ and honored to be the first story published in MARVELS SNAPSHOTS.”

Artist Jerry Ordway is just as passionate about bringing this tale to life. “When I was offered this project, I jumped at it, being a big fan of the original MARVELS book by Kurt Busiek and Alex Ross. Getting to draw a Sub-Mariner story set in the 1940s, with appearances by the All-Winners Squad, lets me connect with Marvel’s World War II era history, and the work of Subby’s creator, Bill Everett,” says Ordway. “I’ve been a Marvel maniac from the age of 10, so this is pretty cool! Alan Brennert wrote a great script which fits neatly into the bigger tapestry that is the Marvel Universe. I’m thrilled to get to play in this sandbox after so many years as an artist.”

“The MARVELS SNAPSHOTS books will provide a different perspective on moments throughout Marvel history while also giving a wide range of talent, many of whom are new to Marvel, to play in our sandbox under the expert watch of Kurt Busiek,” says Executive Editor Tom Brevoort.

This dramatic, unexpected and revealing tour through the Marvel Universe crafted by a cornucopia of amazing creators begins this March! Don’t miss this celebration of Marvel’s legacy that’s sure to be an instant favorite for True Believers old and new!