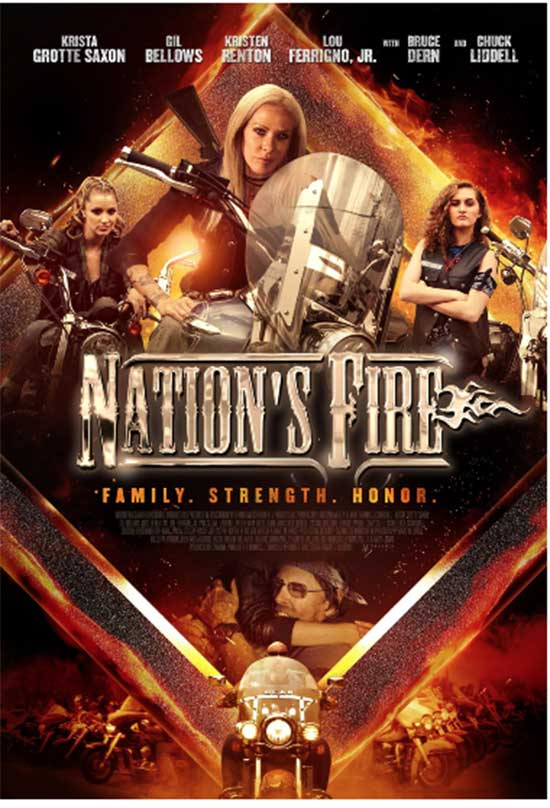 From writer/director Thomas J. Churchill (The Hard Way, Check Point), Nation’s Fire is a unique take on the biker film genre, following the former leader of a female motorcycle club.

The leader of an all-female motorcycle club abandons her gang to raise her son. Meanwhile, certain members of their all-male counterpart gang establish an underground drug ring led by a ruthless criminal. When her son is killed in a school shooting caused by the drugs and he is named as the shooter, the leaders of both clubs rally to seek retaliation for her son’s death and to clear his name.

Bruce Dern says: “This movie is Lightning in a Bottle. The movie is about behavior and people and heart and courage. It’s about this girl going out there to get *** done.”

Thomas Churchill says: “Nation’s Fire has both action and heart. I wanted to tell a story about the “what if” scenario.  What if your back is against the wall during a storm…who would be with you shoulder to shoulder. Who can you count on…the answer is Family. …Family doesn’t always need to be by blood…it is measured by loyalty. That’s what Nation’s Fire is about…Family, Friends and loyalty.”