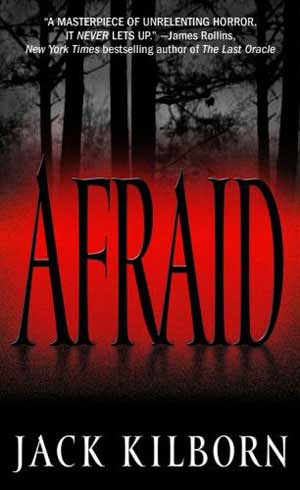 If you’re looking for a good summer read and are in the mood for in your face horror, then look no further than Afraid a terrifying novel written by Jack Kilborn. I read the book and was very much impressed with the writing style, the author wastes no time in delivering his share of sheer terror. The setting is your typical small town, a very small population.

The characters themselves are the purest forms of people you may actually know. A lot of the characters in the novel are very likable, they’re not stereotypical by no means. The nightmare itself that invades their small town is truly and purely evil. We sometimes often wonder what the higher ups are capable of creating. The terror itself are in the form of serial killers who have chips installed into their brains, making them the perfect killing machine. Why waste time training normal people on how to kill when you can take a serial killer and brainwash them so that they’re programmed to kill the enemy.

Unfortunately for the town of Safe Haven, a helicopter crashes near the small town and those programmed serial killers are unleashed upon their community. The author isn’t afraid to pull any punches. The punches themselves are very hard and pack a lot of sheer brutality behind them as the Red Ops team are doing what they’re programmed to do and that is, isolate, terrorize and annihilate.

Some of these things the killers do in this novel is enough to make your skin crawl. There comes a point where you have to put down the book and wonder how much more pain and suffering do some of the characters written within the pages of the book have to endure in order to escape the living nightmare they’re facing? The terror never lets up, it’s full force and shows no mercy, just like the killers do when they manage to get their hands on the very townspeople they have in their clutches.

The pacing of Afraid is very good. The book isn’t one of those novels where it’s a chore to read. The story itself is very entertaining and original. I’ve never read any story like this that was written. If you’re the type of person who likes sheer thrills and is looking for the edge of your seat terror, then Afraid is definitely a novel suited for you.

Author Jack Kilborn has one hell of an imagination and I’m not about to venture within that writer’s demented mind to find out what he plans on cooking up next. Afraid is definitely a book that’s very much well worth reading. I’m looking forward to reading his next novel that’s scheduled to come out later in the winter of next year. 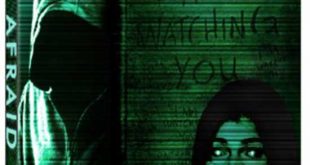