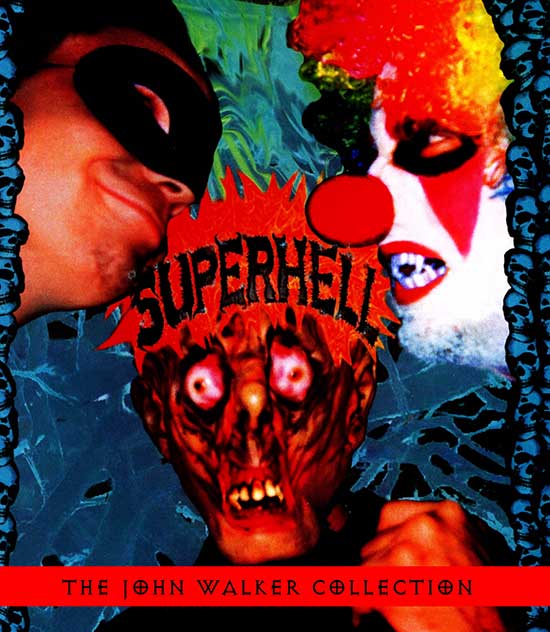 Super Hell 2 picks up where the first one left off. Featuring the same cast that you’ve grown to fear. Also returning is Conrad Brooks (Plan 9 From Outer Space), whose depravity just might play him into the hands of the most inane vampire ever to stalk the screen.

Everything comes to an end as Brooks becomes the new Satan, Granny Bob attempts to lead a revolution and Jodie Jupiter meets his fate. One last journey through a world of punks, zombies, cannibals, witch doctors and monster. Goodbye, SuperHell.

In a town that worships Satan, everyone is a creep. This is the home of the sunny day abortion clinic run by the incompetent alcoholic Dr. Sunny Day and his assistant, the homeless, deranged Griffin. As the controversy and the power of mass prayer causes a psychic energy mindfuck, it also resurrects the ghost of Jack the Ripper who fights the pro-life crusade by mutilating the women responsible.