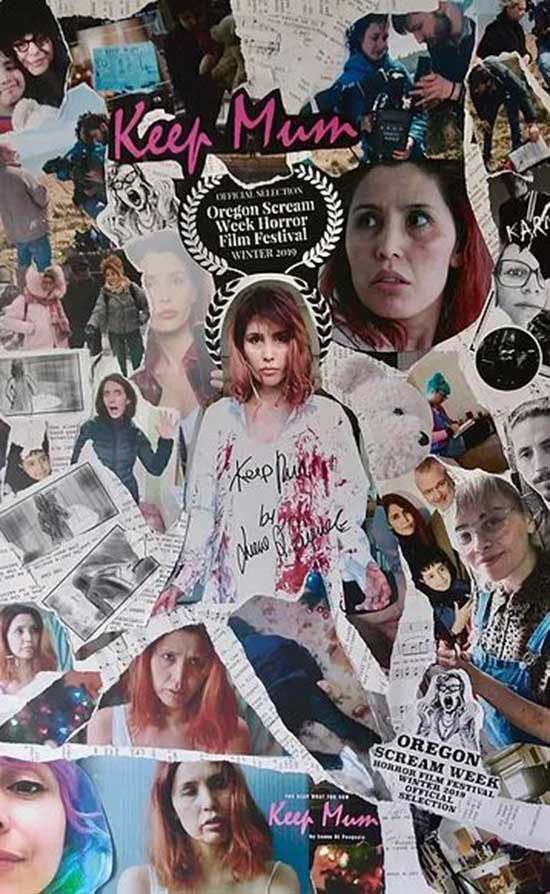 A woman is pushed beyond the edge of sanity.

A woman drunkenly dances to rock music as she wrecks her big family house. The atmosphere is eerie: something is not quite right. Soon it turns out that her past haunts her, throwing her into a whirlwind of emotions and projections as she tries to piece together what happened to her; the psyche of a woman pushed beyond the limits of sanity is explored…

KEEP MUM, is a psychological short thriller, a horror/drama by screenwriter and director Luana Di Pasquale (Lunadipas Films), produced by Lisa Turnbull (Reblis Films) in association with QareyFilm. KEEP MUM is a controversial, thought-provoking story of a woman pushed beyond the edge of sanity – an exploration of trauma in the final stage of the cycle of domestic abuse, which is a personal concern of the writer/director.

KEEP MUM stars a real-life mother and son: Nadira Murray – who has received high praise from both the public and the press for her stage performance of Medea, BBC Radio 4 production Dead and Awake and on screen for Baku I Love You alongside actress Asia Argento – is now performing for the first time with her eight-year-old son Cameron Murray.

Keep Mum was conceived around the same time as the #TimesUp, #MeToo and #ThesilenceBreakers movements were achieving prevalence and it occurred to Luana that now was a time better than ever to tell this story: ‘I feel it is important to do anything possible to understand the psychological and emotional implication of the cycle of abuse, and I believe telling this story at such an accommodating time will help work towards achieving that.’