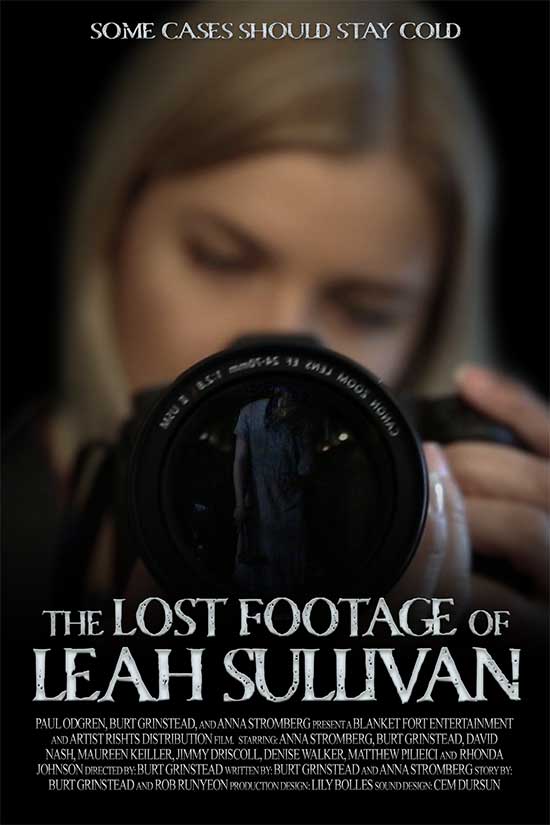 This December, The Lost Footage of Leah Sullivan will be finally uncovered.

Starring Anna Stromberg and directed by Burt Grinstead, the highly-anticipated found-footage spookfest fixing on the frightening contents of an unedited memory card, has been acquired for release by Artist Rights Distribution.

A young journalism student decides to return to her hometown to investigate a brutal murder that took place 30 years prior. Without much hope of finding any real answers, she interviews a series of local characters, all of whom leave their own bewildering take on the legendary Mulcahy Murders in her student film. As the facts unravel, she begins to realize that this cold case murder, may not be so cold after all. Along with the help of the handsome deputy police officer, Patrick Rooke, she begins to uncover the horrifying truth of what really happened that night thirty years ago. As she gets closer to discovering the truth, she edges even closer to her own demise. Will her blind ambition overtake her desire to survive?

The world theatrical premiere is set for Wednesday December 11 in L.A. The screening, which will be attended by cast and crew, is open to the public.