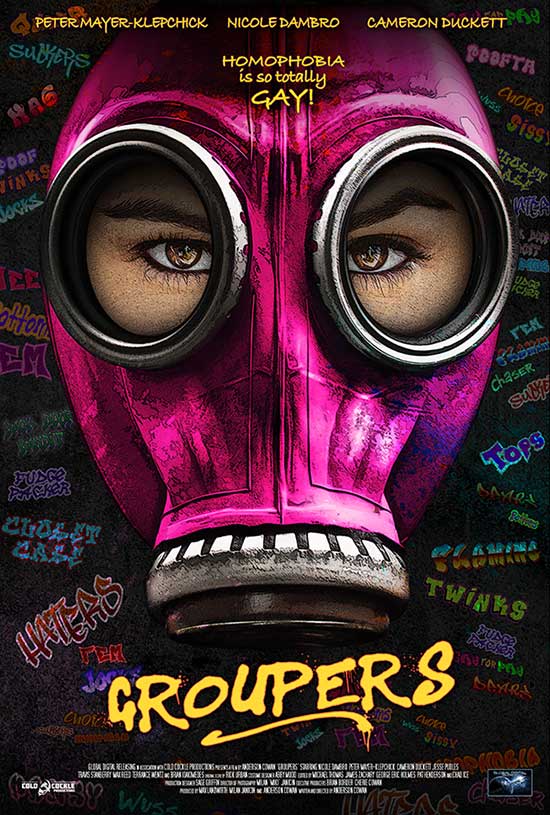 After a successful limited theatrical run, Groupers is now available exclusively on Amazon Prime. The film has been praised by critics with Ain’t It Cool News stating, “A New School of Groundbreaking Independent Film….I want you to see this movie”. LA TIMES called it, “An intriguingly radical and gung-ho core concept” and MEDIUM hailed it as, “Arguably one of the best dark dramedies of the year”. The Cinequest Film Festival referred to the film in its 2019 line up as “a rare, highly original, and super-charged dark comedy that will keep you guessing and contemplating the provocative, yet crucial themes at its essence”.

The film centers around two all-American high school jocks Brad and Dylan (Peter Mayer-Klepchick and Cameron Duckett) who are out for a night on the town when they are approached by the beautiful and seductive Meg (Nicole Dambro) at a local bar. Ready for what they hope will be a night to remember, the guys are subsequently kidnapped, drugged and awaken tied up face to face in an abandoned pool in the middle of nowhere. Absurdity and insanity ensue as we learn that Orin (Jesse Pudles), Meg’s overly flamboyant brother has been the target of Brad and Dylan’s homophobic bullying and that Meg is actually a grad student who plans to perform a psychological and somewhat sadistic experiment on them as part of her thesis, which poses the question, “is homosexuality a choice”.

The film is set to hit a variety of platforms in the coming months including iTunes, Vudu, Tubi TV and many more. Check out the official trailer here and rent the film on Amazon Prime today.