Four novellas from Eric S Brown, author of Season of Rot and War of the Worlds Plus Blood, Guts and Zombies: 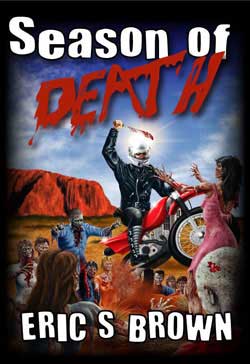 Undead Down Under—Straight after his adventures in Season of Rot, Kyle returns to lead the new British Empire into a head-on war with the crocodile-demons who rule Australia. Will he be victorious against the decaying, undead minions?

Kinberra Down—A sci-fi horrorfest set on a glacier-covered alien planet. The crew of Kinberra emergency lands on a life-sustaining planet in the unchartered wilds of outer space. The icy world is teeming with terrifying creatures desperate for human flesh. Will the unlucky crew of Kinberra survive the arctic planet? Or will the snow-burrowing monsters satisfy their hunger by feasting on the survivors of the starship?

How the West Went to Hell—A bookish editor travels to Reaper’s Valley, a small town set in the Wild West, to finish the macabre manuscript of a recently-deceased novelist. He arrives by stagecoach, where he is introduced to a classic bevy of characters who will join in the fight against the yellow-eyed demon bodysnatchers overtaking Reaper’s Valley.A gun-toting, six-gun blazing tip of the hat to both the horror and Western genres.

Ragnarock’s Island—In a world ruled by the dead, humans are held captive in breeding programs designed to feed the hungry, zombie masses. Scott survives the sinking of The Queen, a naval vessel, and finds himself caught up in a new war against the dead on the high seas. But one small island outpost, Ragnarock’s Island, may hold the key to final victory over the dead. 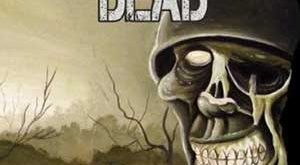 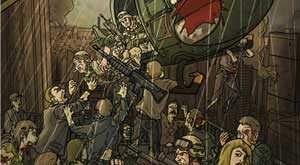 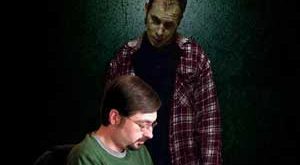