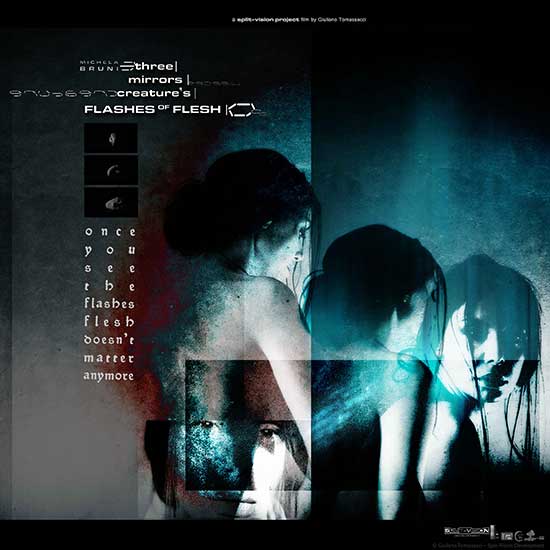 Once you see the flashes, flesh doesn’t matter anymore.” 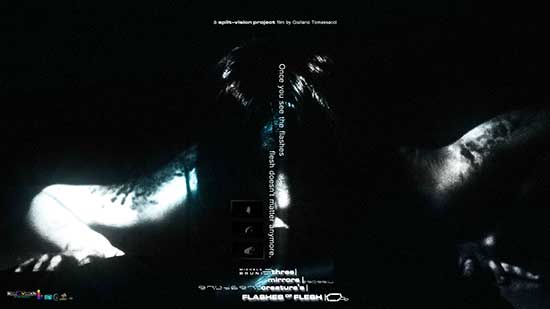 Dominated by music and a dense black and white, it stars Michela Bruni as a ruthless and successful top-class manager who, in the aftermath of an emotional shock, becomes pervaded by a sensory spirit and undertakes a purifying – although grievous – voyage. Along with Bruni (who also contributed the script) the cast also features Samantha Abear, Claudio Losavio, Corinna Coroneo, Piervito Bonifacio, Federica Pocaterra, Giorgia Grillo, Fabio Gagliardi, Marina Lorè and Clarice Ching. The original score is by Stefano G. Falcone and production design by Cristiana Fasano. Giulia Stronati and Federica Salamone provided the special makeup effects.

Produced by Tomassacci through his Split-Vision Development and filmed between Lazio and Umbria – including the evocative locations of Montelovesco (Gubbio) and Cottanello (Rieti) among the protagonist’s ascetic halts – with the collaboration of Nocte Filmand SDM Enterprise, the movie implements the Split-Vision system, conceived by Tomassacci and based on an updating of multichannel video and multi-dynamic image technique to today’s daily-use video devices. The film is currently in post-production.