Theatrical Trailer Unveiled for SLAYER: THE REPENTLESS KILLOGY in Theaters

IN THEATERS AROUND THE WORLD NOVEMBER 6

TICKETS ON SALE NOW AT SLAYER.FILM

Tom Araya, Kerry King, Gary Holt and Paul Bostaph – along with Trafalgar Releasing, Nuclear Blast Records and Prime Zero Productions, are pleased to share the theatrical trailer for Slayer: The Repentless Killogy, coming to theaters worldwide for a one-night-only event on November 6. In addition to the new trailer, fans can now find local theaters and purchase tickets at Slayer.Film. 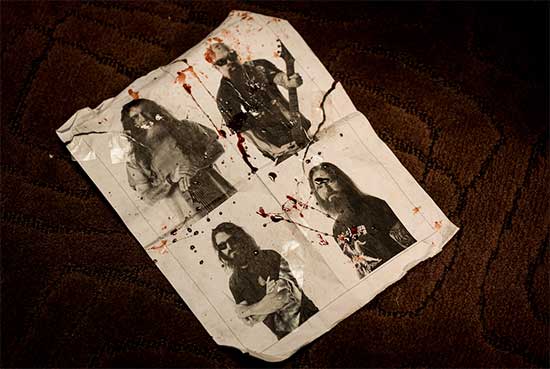 Full of revenge, murder, bloodshed and retribution, the first part of Slayer: The Repentless Killogy is a short narrative film written and directed by BJ McDonnell, that blends the music of Slayer with an uncompromising and unmissable, trilogy of music videos assembled as one chronological storyline. Part two of The Repentless Killogy features Slayer’s entire live set performed at the Los Angeles Forum on August 5, 2017, and was directed by Wayne Isham who has directed videos for artists including Metallica, Foo Fighters, Michael Jackson and more. Key performances featured in the film, include “South of Heaven,” “War Ensemble,” “Mandatory Suicide,” “Dead Skin Mask,” “Raining Blood,” and “Angel of Death.” 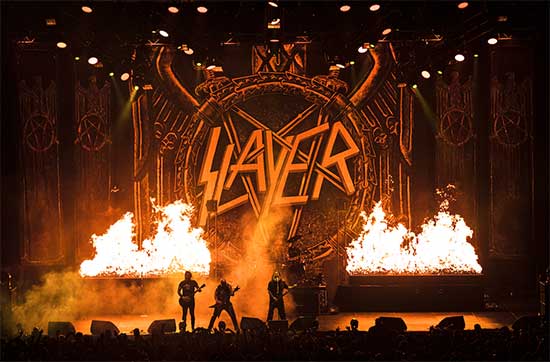 Following the global theatrical premiere, on November 8, the film will be available digitally and on Blu-ray, and the soundtrack from that concert will be released as both a two-disc vinyl and two CD packages. Slayer: The Repentless Killogy will be screened in cinemas around the world on November 6. 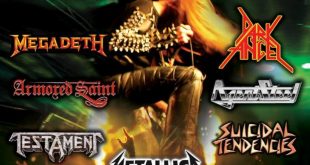